Victorian political parties and candidates are vying for voters’ attention as the state prepares to head to the polls on Saturday. Political plays (and ploys) have provoked public interest (and disinterest), but what’s been the effect of social media advertising?

As of November 23, 70% of registered Victorian voters had already cast a ballot via early or postal vote.

A large portion of the state has already tuned out, but as the campaign nears the official pointy end, Crikey takes stock of the sticking points (and loose ends) of Victorian political advertising.

General sentiment from marketing and political strategist Toby Ralph is that there are no standout ads, but he gives the Liberal campaign more points than Labor’s “surprisingly ineffectual” pitch to voters.

“While hardly ready to pick up Cannes awards, [the Liberal campaign] appears to be narrowing the gap — but not to a particularly threatening extent,” Ralph told Crikey, citing private polling that shows the Liberals roughly halved the distance between them and Labor over the course of the election.

The Labor government is on the offensive with a Matthew Guy-centric campaign that’s had the unintended effect of boosting the Liberal brand.

“Matt Guy is relatively unknown, so for Labor to give him prominence in attack ads appears to have lifted his name ID,” Ralph said.

The primary social media series of “Labor builds” and “Liberal cuts” ads positions the Victorian Liberal leader as “the cuts guy” next to Labor deliverables or promises. Be it the Big Build, additional healthcare workers, an airport link, free kindergarten, the so-called “free-ing of TAFE”, removal of level crossings, or reduction of power prices, the ads simply say Labor did or will do (insert policy of choice) and Liberals won’t.

There are also a few tropes on Guy’s so-called record on racism: accusations that “Matthew Guy supports racists” (courtesy of Pauline Hanson) and that the “Liberals banned Indian families from Australia” based on comments from Guy that “We can’t accept the whole world in Australia”.

In the spirit of inclusivity, Victorian Labor launched another series declaring that it’s time to “lock the gate” on Guy’s cohort of Liberals who want to “rip up Victoria’s ban on fracking”. This ad (politely) instructs Louise Staley, David Southwick, Jess Wilson, John Pesutto, James Newbury, and other Liberal candidates to “frack off”.

Adam Ferrier, chief thinker and founder of independent ad agency Thinkerbell, said attack ads are a high-stakes game for an incumbent. “It’s a rare and silly move for the people in power to spend so much money shining a light on the opposition. It just builds Matthew Guy’s salience.”

Ferrier also cites an unspoken rule in Australian politics that “we respect those leaders who respect their opponents”, and given the “completely unelectable” status of Guy, it reflects poorly on Andrews to be at the helm of a campaign that holds the unelectable “in contempt”.

The Victorian Liberals deployed a similar strategy to Labor, opting to take down premier and Labor Leader Daniel Andrews.

There’s a stream of ads on Andrews’ “broken promises and excuses”, including additional ICU beds, the all-encompassing field of “the health crisis”, a commitment to no new taxes and many more. These are structured as “do you remember when you promised [insert promise of choice]” or “what happened to [same game as before]” followed by Andrews declaring “I can’t specifically recall”. 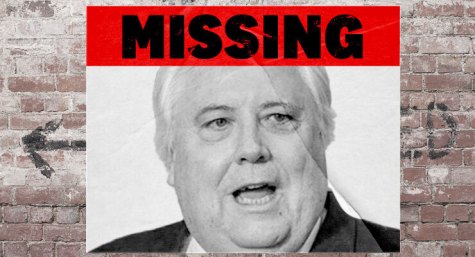 Other ads urge voters to hold Andrews to account and “don’t let him get away with it”. How so? The ads offer a solution to “Put Labor last”.

There’s a spot on the consequences of voting Labor coined the “Andrews’ hangover”. The video goes: “Oh no, what did we do yesterday … [sigh] we’re gonna pay for this one” followed by the warning: “Don’t wake up with an Andrews’ hangover”.

Ralph called it a “superficially brave” and “unconventional” strategy to frame a leader as popular as Andrews as a “symbol of incompetence or annoyance” but acknowledged there was cut-through.

“The campaign appears to have tapped a binary vein of discontent, particularly in the Western suburbs.”

Ralph said it’s indicative of election messaging more generally, which has a “crude” baseline of getting voters to “despise the other lot more than they despise you”.

The Greens played it straight, prioritising policy over personality politics. They leaned into their signature issues including housing affordability, accelerating action on climate change, and integrity in government.

There are ads that nod to the existing Labor government and implore voters to consider whether Labor is “out of touch”. These also cite a lack of integrity in major parties: “Labor and the Liberals take millions in donations from the gambling industry, coal and gas corporations, and big property developers” and reiterate how the Greens plan to restore that.

Tags:
Previous Article
Identifying susceptibility of children and adolescents to the Omicron variant (B.1.1.529) | BMC Medicine
Next Article
Podcast: Political advertisements leading up to Georgia midterms, with Joseph Watson, Jr.