If Democrats prevail during the midterms, TV advertising might have something to do with it

The neck-and-neck race for control of the US Senate is particularly unwelcome news for Democrats. Not long ago, it looked as if they could maintain or even expand their slim Senate majority. Now, control of the chamber is essentially a toss-up.

But if Democratic candidates do emerge victorious in key swing states such as Pennsylvania, one plausible explanation is a simple one – they ran more television ads than their Republican opponents. It might seem odd to credit old-fashioned television advertising in this digital era. But television advertising does win votes – and it might make the difference in 2022.

In a comprehensive study of television advertising and election outcomes published in November 2021, political scientists Lynn Vavreck, Chris Warshaw and I combined broadcast television advertising data with county-level election returns for over 4,500 races between 2000 and 2018. These races included elections for president , US Senate, US House, governors and other statewide offices.

Our research also considered advertising run by political party organizations and independent groups that favored one candidate or another – not just ads run by candidates themselves.

This data enabled us to see whether the candidate who leads in television ads actually wins more votes. Moreover, we extended the analysis beyond presidential elections – the usual focus of political reporters and academic researchers – to examine the degree to which advertising matters further down the ballot in state and local elections.

John Fetterman, the Democratic nominee for Pennsylvania senator, released an ad that mentions his stroke in May 2022.

The role of TV ads in elections

TV advertising’s effects were even smaller in the 2020 presidential election than in previous years. In our 2021 book about that election, “The Bitter End,” Vavreck, Chris Taunovitch and I found that Joe Biden did air far more ads than Donald Trump in almost every battleground state media market.

But in other types of races, ads are more effective at swaying voters. In Senate races, the effect of advertising on election outcomes is twice as large as in presidential races. Ads hold even more sway in US House, gubernatorial and other statewide races.

The key reason is that advertising appears to provide more information for voters in those other races in which the candidates are often unfamiliar. We found that the more US Senate and House candidates advertise, the more people are able to identify them as liberal or conservative and to express an opinion about them, favorable or unfavorable. By contrast, presidential advertising has a smaller effect on what voters know and feel about the candidates.

A screenshot from Joe Biden’s TV ad in 2020 shows him connecting with voters.

The balance of advertising matters, too.

The more US House or Senate candidates lead in television advertising, the more voters view them favorably relative to their opponent. The incentive, then, is for candidates to raise the substantial sums of money needed for a robust presence on the airwaves. The cost of a TV spot depends on a lot of factors and varies significantly across media markets. So the amount that candidates need depends as well.

Raising money is precisely what some Republican candidates have struggled to do in 2022. In particular, the Senate candidates most closely associated with Trump – like Blake Masters in Arizona, Mehmet Oz in Pennsylvania, JD Vance in Ohio and Herschel Walker in Georgia – have raised less money than their democratic opponents. In this sense, they were no different from Trump, who was outspent in both 2016 and 2020.

This has given Democratic Senate candidates an advantage in advertising. According to Wesleyan Advertising Project data there were 2,678 more ads favoring Georgia Sen. Raphael Warnock than ads favoring Walker from Oct. 3-16, 2022.

There were 3,722 more ads favoring Pennsylvania Lt. gov. John Fetterman than those favoring Oz. The gap between Arizona Sen. Mark Kelly and his opponent Masters was even larger: 5,448. Only in Ohio was there rough parity during the same time period.

This Democratic advantage was present in September 2022 as well. For example, Kelly aired 5,778 more ads than Masters from Sept. 5 through Sept. 18.

A factor in the 2022 elections

It is not yet clear what the overall balance of ads will be as of Election Day. And there’s no way to show definitely that television advertising decides any particular election, including the upcoming midterms. But a little back-of-the-envelope math suggests that a Democratic advantage could matter.

Take the US Senate race in Pennsylvania, where Democrats are fretting that Fetterman’s performance in his Oct. 25, 2022, debate with Oz may have hurt his chances.

Our research shows that in elections from 2000 to 2018, Senate candidates who aired 1,000 more ads than their opponent between Sept. 1 and Election Day won an additional 0.4 percentage points of vote share. So if Fetterman ends up with a 3,000-ad advantage over this period, then he would win an additional 1.2 points, if the estimate from 2000-2018 holds. 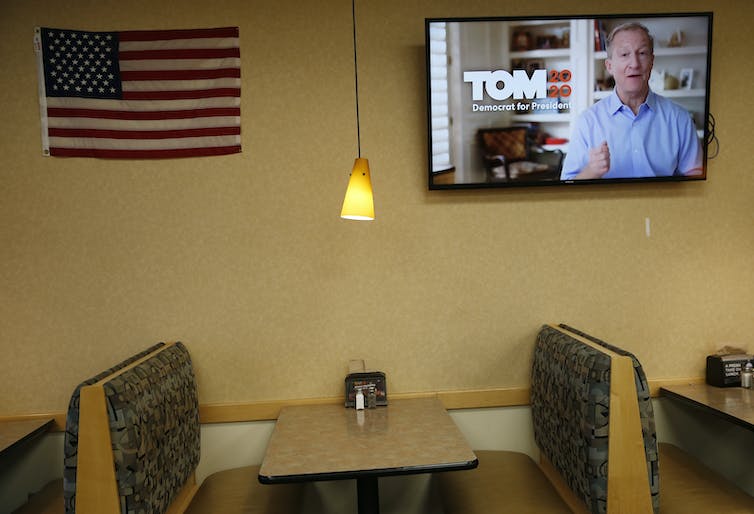 Similar math might apply in Arizona’s Senate race between Kelly and Masters. Assume for the sake of argument that a late burst of advertising will help Masters narrow the gap at least somewhat, such that Kelly ends up airing roughly 10,000 more ads than Masters over the fall campaign. That would translate into 4 points of vote share – or just a bit more than his 3.6-point lead in the polls.

Of course, these are hypothetical calculations. But if the historical relationship between advertising and election outcomes holds in 2022, and if Democrats eke out narrow wins in key Senate races, then television advertising could plausibly be a reason – even in an era of smartphones and TikTok.

What Does Europe’s Digital Services Act Mean for Targeted Political Advertising in the U.S.?
admin November 17, 2022

What Does Europe’s Digital Services Act Mean for Targeted Political Advertising in the U.S.?