Twitter, in collaboration with Publicis, conducted a study via which they attempt to gauge how online conversation regarding brands can help sell or popularize their products.

Naturally, Twitter would love to empirically prove to potential advertisers and brands that discussion on the platform carries sales nowadays. Such studies are just one of the many billboards that the platform utilizes as a way of shouting “I can make you guys a lot of money, please listen to me!” Being mean to Twitter aside, the social media site’s collaborator Publicis looks to benefit much in the same way. Firms such as Publicis are built around the premise of providing brands with plans of action regarding marketing and such. In such a fast-paced technological world, where competition feels almost lightning fast, wouldn’t it be nice to have a company that takes care of all that pesky modernizing for you? Well, Publicis would have you believe so; I mean hey, if Wendy’s Twitter account was a massive PR success, then perhaps an entire firm dedicated to such outcomes can do better.

Our marketing marvels surveyed approximately 9,600 consumers that regularly use social media across the USA, the UK, India, and Mexico. These are generally regarded as being countries with high consumer populations as well as those with extensive social media usage. The study, titled #LetsTalkShop (ugh), attempts to frame social media as being the evolution of review sites. Why would anyone rely on anonymous, lengthy Yelp reviews, when friends and passing acquaintances can vouch for a product as well? 92% of the survey’s participants stated that they actively keep an eye out for reviews regarding certain brands and products on social media. Furthermore, brand image can be heavily impacted by such platforms as well: 68% of the sample population felt their opinions change regarding certain brands after witnessing or purveying online discourse regarding them.

What I find mildly amusing about the report is how unsuccessfully data that doesn’t support the social media stance is framed. For example, 35% of the population states that social media opinions are more important than review sites, 44% argue the opposite, and 21% agree that both are just as important. This seems like a clear win for review sites, right? Well, the data is presented in such a way that the 35% and 21% are framed together in yellow boxes, while the 44% is pushed to the side in a grey box, attempting to visually lump the un-opinionated individuals with the social media ones. As if no one would catch them in the cover-up; then again, who knows with social media?

Finally, while this may seem like a rather obvious point to make, it’s still important nevertheless: Twitter and Publicis conclude that positive discourse is more memorable than negative discussions. Twitter’s a rather negative space as it is, what with the Neo Nazis and anti-vaxxers running around. A brand can do very well on the platform if it creates positive experiences and a wholesome image of itself for users. 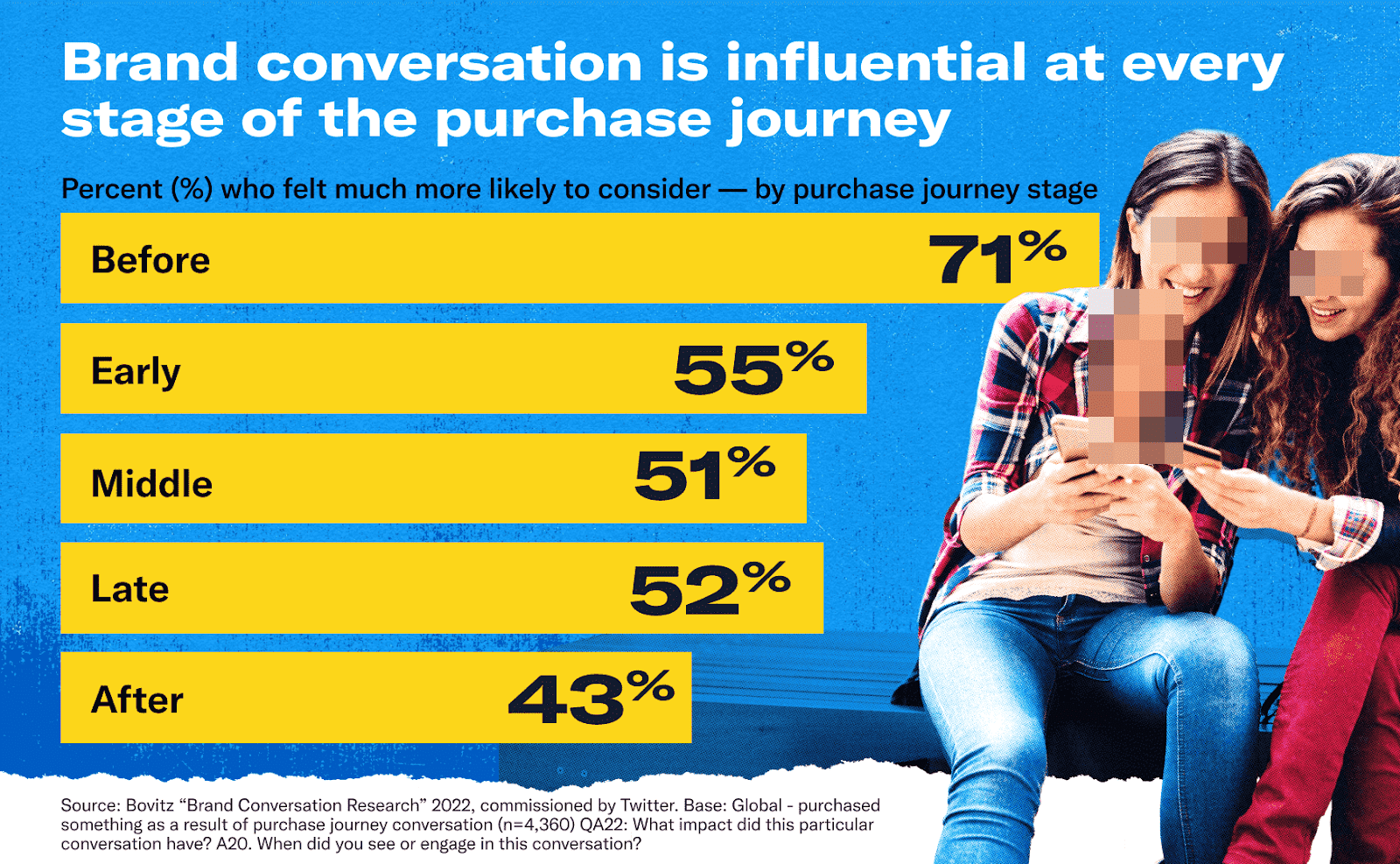 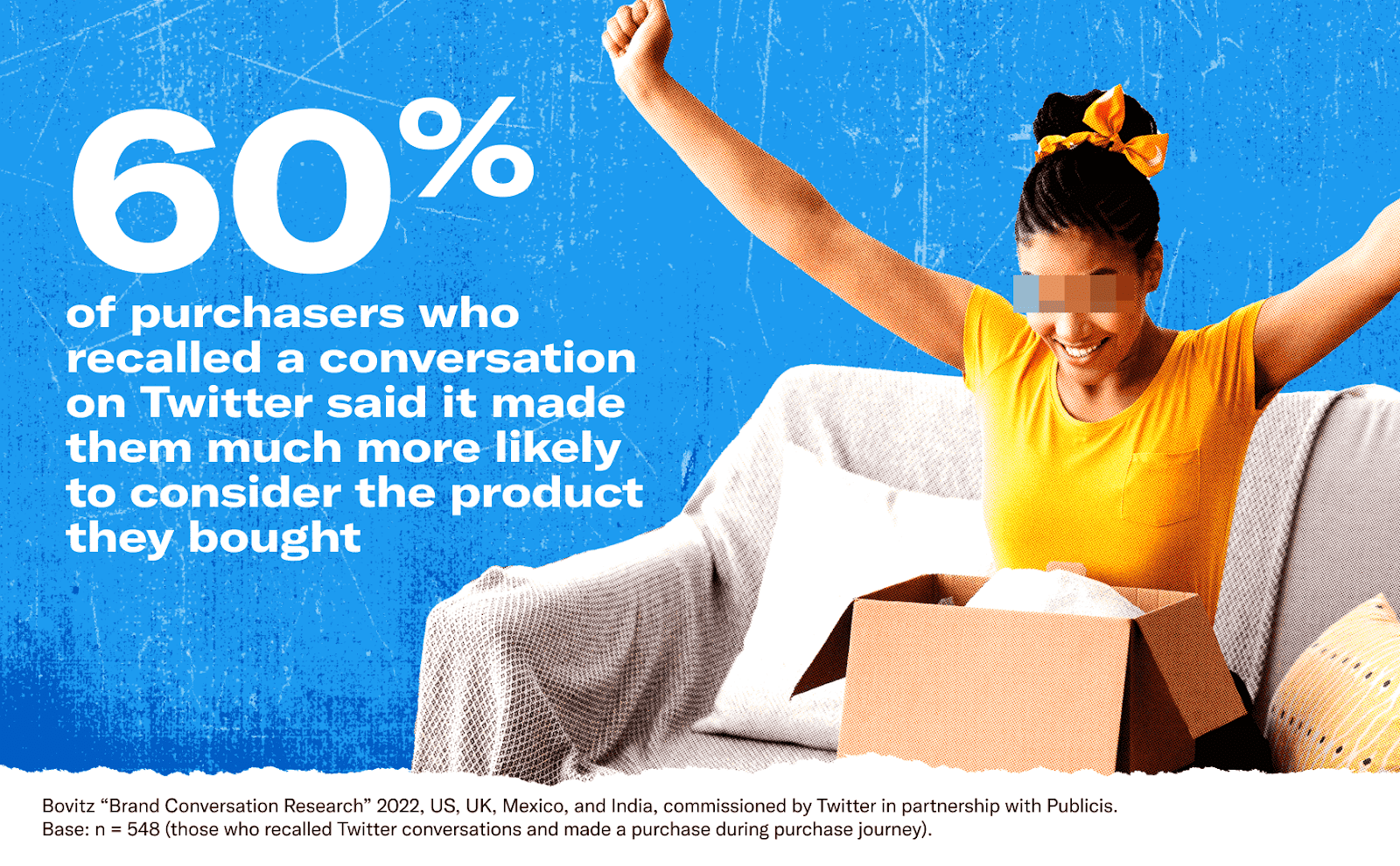 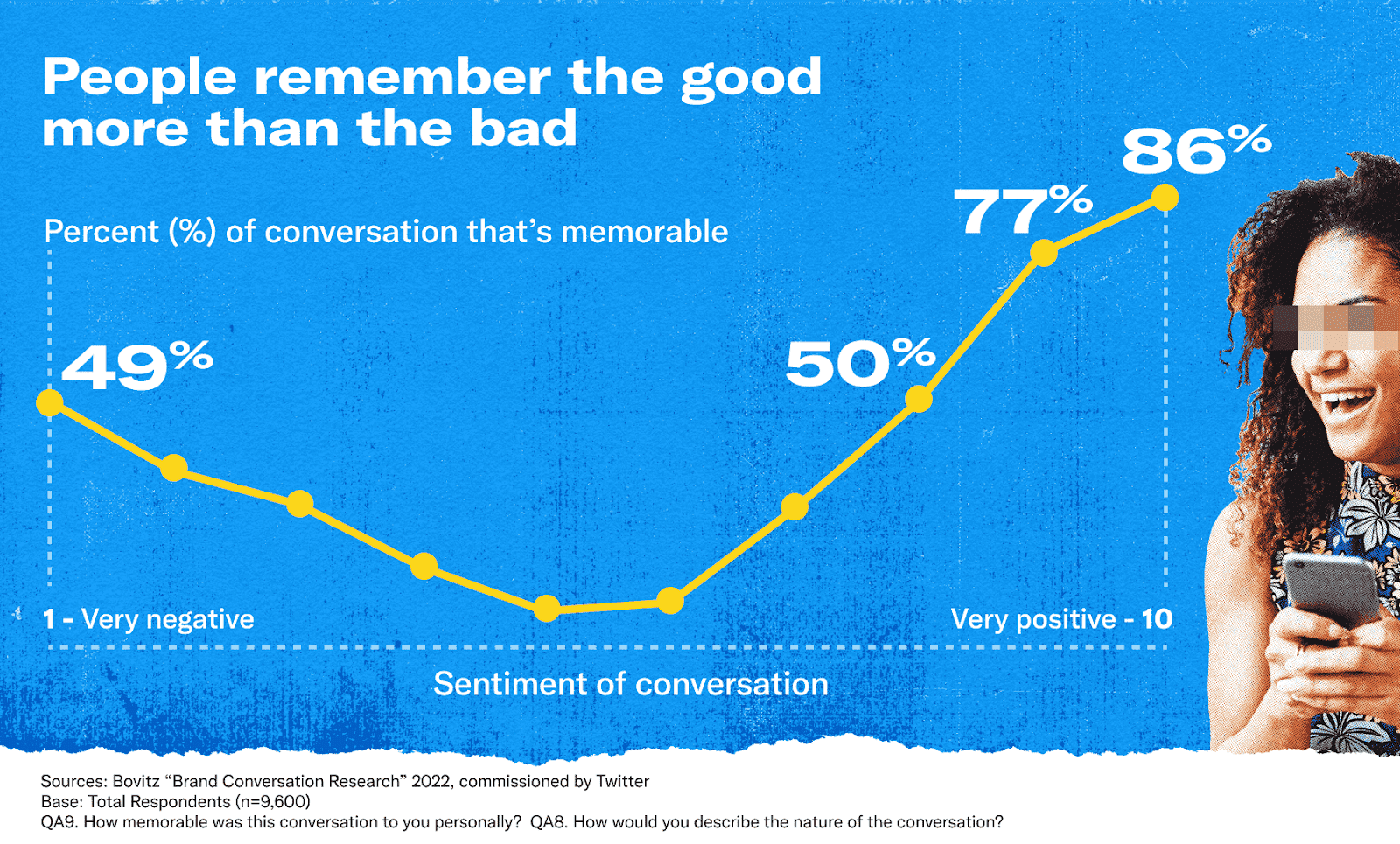 More than social media: The WhatsApp outage affects small businesses around the world