Dating adverts offering people the chance to meet “lonely” Ukrainian women have been banned for being offensive.

The three online ads for SofiaDate were seen in May after the government launched a scheme to encourage the public to house refugees fleeing the war in Ukraine.

The Advertising Standards Authority (ASA) said they connected the women’s vulnerability to their sex appeal and caused serious offense.

First seen on the Dorset Echo’s website, the advertisement featured an image of a woman on a balcony and the misspelled caption: “Ukranian Women. Meet Thousands of Lonely Ukrainian Women. Forget About Loneliness. Let Yourself be Happy.”

Other versions of the ad were seen on The National’s website, also spelling Ukrainian incorrectly and offering to connect “singles across the world to their ideal partner”.

A total of three complaints were made to the ASA, saying the promotions were inappropriate and offensive considering the ongoing Russian invasion of Ukraine.

Upholding the objections, the agency said the images of women featured in the ads were designed to titillate readers, with the models dressed in low-cut and tight clothing.

“We considered the ads’ focus on Ukrainian women dressed in the aforementioned manner, as well references to their loneliness, had the effect of highlighting their vulnerability and connecting it to their sexual appeal,” it said. 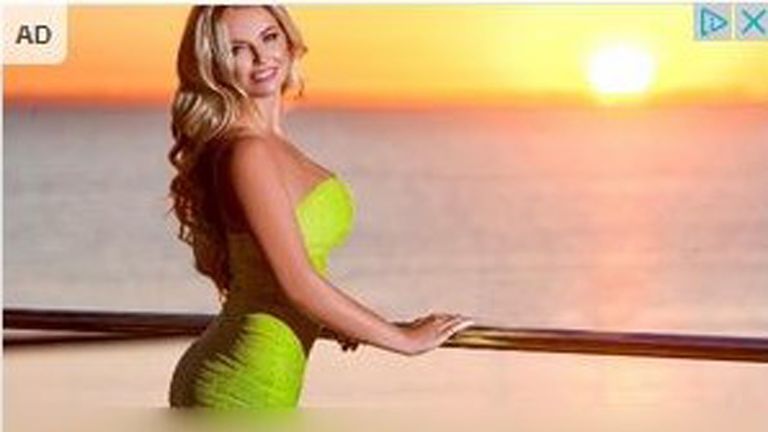 Astrasoft Projects, trading as SofiaDate, said it had removed the ads.

The National and Newsquest Media Group, trading as Dorset Echo, argued the ads did not refer to the war in Ukraine, were not partisan, and were also not unsympathetic towards Ukrainian women or the Ukrainian people in general.

However, it added that they were inconsistent with their policy of refusing ads for prostitution and trafficking, and they have been removed.

Meanwhile, an Instagram post by the former Love Island star turned entrepreneur Molly Mae Hague was banned by the ASA after she failed to show it was an advert.

The post, seen on Halloween, promoted a PrettyLittleThing dress with the caption: “You can actually shop it now on PLT – Couldn’t not make it available for you guys too,” followed by a link to the retailer’s website.

Ms Hague, who is the creative director of the clothing company, failed to include any reference to show the picture was an ad. 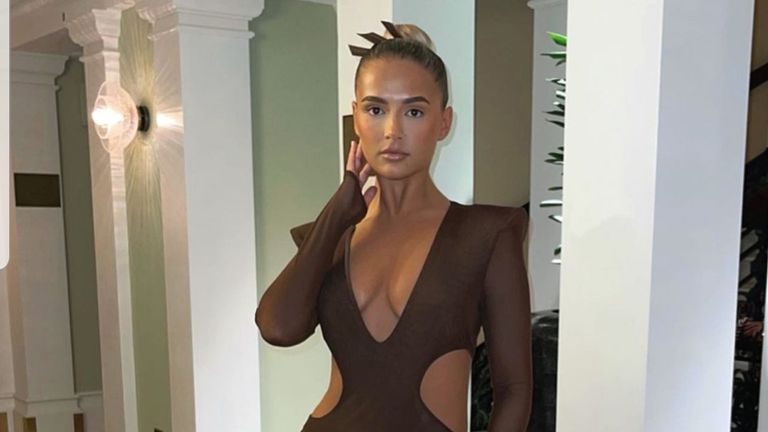 Image:
This is the picture Molly-Mae posted on her Instagram story

A social media user complained to the ASA that the post did not make its commercial intent clear.

This is the third time the influencer has been in trouble with the advertisement watchdog.

In March last year, she was warned about social media promotions, after an £8,000 online giveaway was found to have broken official rules.

In 2020, she had another post, showing an item of clothing from PrettyLittleThing, banned for not indicating it was an advert.

PrettyLittleThing confirmed that Ms Hague’s contractual agreement expressly states the requirement for her to include the #ad disclosure in all uploads featuring the brand.

The firm understood that the disclosure had been omitted by mistake and had reminded Ms Hague of the requirement to prevent any similar mistakes in the future.

A spokeswoman for Ms Hague also said the #ad disclosure had been left off accidentally and confirmed it would be used in the future.

TikTok Builds Itself Into an Ads Juggernaut
admin December 2, 2022

TikTok Builds Itself Into an Ads Juggernaut