If conflict is at the heart of a good movie, then Vietnam’s cinematic tussle is this: can it attract Hollywood to make movies in the country while still censoring filmmakers?

The south-east Asian country last month revised its Cinema Law, detailing the hoops media companies must jump through to get permission for activities from shooting on location to screening films online. One of the aims is to attract production of more blockbusters like Kong: Skull Island and Spike Lee’s Da 5 Bloods, but some say Vietnam has lost the plot. The updated law also bans a wide catalog of content, including films deemed to contain “reactionary ideas and social evils”.

Observers ask whether the one-party state’s controls could hamstring a local industry vying with Thailand and the Philippines for investment and trying to move beyond foreigners’ obsession with Vietnam war storylines.

“The more they control, the more they hold back the development of our cinema industry,” director Phan Gia Nhat Linh told Nikkei Asia, saying he wished authorities would “change their mindset, from control to support”.

Officials in South Korea, another authoritarian country until the 1980s, “changed their mindset in the late ’90s”, nurturing its film sector to become one of the most influential in the world, “competing even with Hollywood”, he said. Linh’s movie, Em va Trinh, a biopic about Trinh Cong Son, who is sometimes called his country’s Bob Dylan, is No. 1 at the Vietnamese box office today.

This article is from Nikkei Asia, a global publication with a uniquely Asian perspective on politics, the economy, business and international affairs. Our own correspondents and outside commentators from around the world share their views on Asia, while our Asia300 section provides in-depth coverage of 300 of the biggest and fastest-growing listed companies from 11 economies outside Japan.

Charlie Nguyen, a producer on Crouching Tiger, Hidden Dragon 2, had his own gangster flick, Bui Doi Cho Lon, become a lightning rod in censorship debates in 2013, when the film’s premiere was nixed, allegedly because of violence. He called restrictions a “hindrance” to the sector, which many say has not lived up to its potential.

“We just want it to be spelled out — what is a violation of the law? Most filmmakers don’t know,” Nguyen said during a meeting with Nikkei in a new part of Ho Chi Minh City where cookie-cutter villas and artificial ponds look straight out of a studio backlot.

As those who noticed deleted sex scenes from the Elton John biopic Rocketman can attest to, Vietnamese censors already cut racy content, and have relied on various regulations to do so. The state strictly controls media, especially of a political stripe. Content about the ruling party is a no-go, while films that show Chinese claims in the disputed South China Sea have been barred, from Sony’s Uncharted to DreamWorks’ Subscription.

Previously, filmmakers have said they were required to scrap footage depicting taboos such as superstitions, cigarettes or police not triumphing in a struggle.

Censorship is not limited to feature films. Vietnam’s most popular singer, Son Tung, had his music video depicting suicide blocked in April. The state Authority of Broadcasting and Electronic Information said that it ordered Google’s YouTube to block the clip and that TikTok banned it pre-emptively. 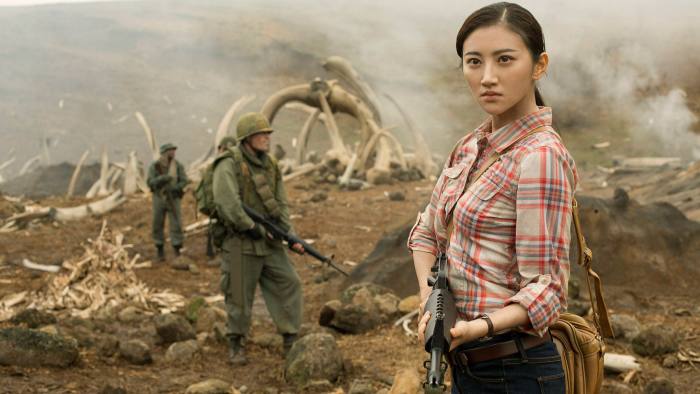 Made in Vietnam: ‘Kong: Skull Island’ was filmed in 2015 and 2016 at various locations in Vietnam as well as in Hawaii, the US mainland and Australia © Warner Bros. Pictures

The new legislation revises a 2006 Cinema Law and codifies censorship in a single place for the first time. It forbids content that insults the party flag, casts aspersions on cultural values ​​and local religion; spreads anti-state propaganda; distorts history; denies revolutionary achievements; or shows lewd acts or how to commit crimes.

For Leon Quang Le, a Vietnamese director, operating in the country means he needs to have back-up plans in case he is ordered to ax a scene by censors. These include shooting extra scenes and being ready to relocate filming.

Foreign production crews face multiple obstacles. For example, as with the press, they are tailed by government minders. Under a clause in the updated law, they must give script summaries to the government in their application to film in Vietnam. But the law could have been more onerous — after lengthy debate leading up to the June 15 vote, lawmakers finally chose this option rather than requiring the submission of full screenplays. Made in Vietnam: In ‘Da 5 Bloods’, by Spike Lee, four Vietnam war veterans return to the country to search for buried gold and the remains of their squad leader © David Lee/Netflix

With laxer rules, Thailand has been the geographic equivalent of a body double for Vietnam, serving as the backdrop for some of the most famous films about its neighbour, like the Rambo franchise and Oliver Stone’s Heaven and Earth. Meanwhile Apocalypse Now and Platoon were shot in the Philippines. Both countries were more stable stand-ins while Vietnam recovered from the war.

From Budapest to Vancouver, governments face pressure to dangle subsidies to lure foreign studios, something Hanoi is weighing. The Cinema Law establishes a state fund to foster filmmaking, including with financial incentives for companies. “The opportunity to work with a professional cast and crew from Hollywood, that’s a missed opportunity for us to catch up and learn and raise our standards,” Nguyen said.

The Vietnamese film industry is seen as having great potential in part due to the huge diaspora in California, where filmmakers like Nguyen cut their teeth in Hollywood and subsequently brought their skills back home.

Vietnamese have notched accolades on the global stage, from Rome, a movie about the working poor that won top prize at the Busan Film Festival, to The Third Wife, nominated for three Independent Spirit Awards. Both struggled with censors at home who ordered scenes deleted while garnering recognition for Vietnam abroad. Made in Vietnam: director Tran Thanh Huy on the set of ‘Rom’, which won top prize at the Busan International Film Festival but was fined and censored back home © Ash Mayfair

South Korean conglomerate CJ Group saw promise in Vietnam too, setting up a cinema chain in the country in 2011. Since then, the country’s small movie market has grown steadily. The group saw Vietnam as a key target after China because it had a market of close to 90mn potential theatergoers but less investment than Thailand or Indonesia. Now the chain, CGV, is the biggest in Vietnam. Its revenue rose 66 per cent between 2016 and 2019 before the coronavirus pandemic, according to Mirae Asset, outpacing growth at the parent company.

Some wonder if enforcement of the Cinema Law is feasible on internet platforms. It requires movies to have a classification or broadcast permit to be exported. Fushihara Hirota, director at legal and business consultancy Libero and Associates, said, “There seems to be no distinction between films exported in the traditional form and films exported on the internet,” pointing out that creators can upload their work to YouTube or TikTok. It’s unclear if tech companies would have to block videos shared without a permit.

Lawmakers, though, appear open to relaxing censorship for now. Some said domestic films should be audited after they are finished, not before, so they can compete fairly with foreign films unconstrained by Vietnamese law, according to a summary of their debate on the National Assembly website. Some also want to ensure locals can access more international movies online and can improve filmmaking skills by collaborating with foreign crews, the summary said.

“In my conversations, the drafters (of the law) are quite receptive to hearing what other countries are doing,” said Manh-Hung Tran, head of the Vietnam tech practice at consultancy Baker McKenzie.

Other lawmakers stressed the need for regulation to prevent violent, toxic or otherwise offensive films, as well as to guard national security and political interests, the National Assembly site said.

Nguyen, whose first directorial hit was The Rebel, a French colonial period drama starring Vietnam’s biggest actors, sees a trend of rules easing. Violent scenes he had to cut a decade ago are now allowed, he said. Le said he sees more nudity permitted on the silver screen these days.

Whether Vietnam stifles or nurtures creativity will depend in large part on the interpretation of the Cinema Law, which still needs guiding decrees to fully take effect.

Nguyen was optimistic Vietnam could move away from censorship towards a rating system, for example, with films that require parental guidance being marked as PG.

Classifying films will allow audiences to choose what to watch, said Fushihara. “That will help to protect freedom of thoughts and beliefs in society,” he said. 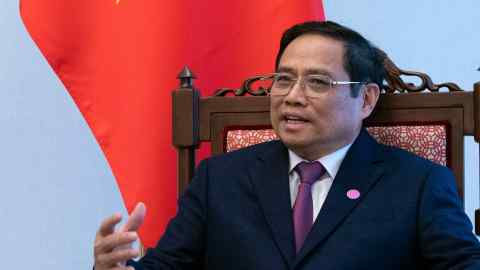 Fushihara said the ambiguity in the law leaves much to the discretion of individual inspectors. “The prohibited content is abstract, easily misunderstood and unobjective,” he said, while limitations risk “preventing filmmakers from freely expressing artistic content”.

Vagueness in the law “hurts everyone,” said Nguyen — even censors, because when in doubt, they deem it safer to err on the side of caution and slash content.

A version of this article was first published by Nikkei Asia on July 1, 2022. ©2022 Nikkei Inc. All rights reserved

How Trump and covid-19 made social media “censorship” a partisan issue
admin October 9, 2022