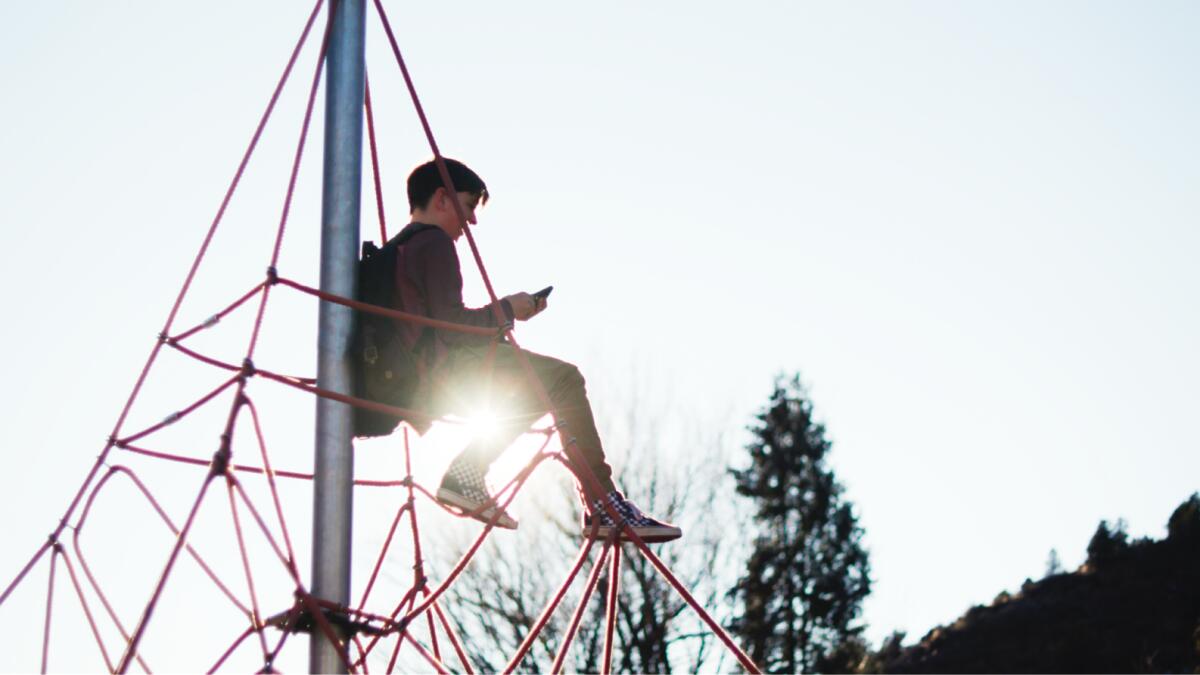 A documentary airing on PBS portrays Durango’s Mountain Middle School as a success story amid an avalanche of misinformation and disinformation driving polarization in the US and abroad.

“Trust Me,” a feature-length documentary by Academy Award nominee Roko Belic and the Getting Better Foundation, tackles global media illiteracy, exploring how the manipulation of information and the increasingly blurred line between fact and fiction threatens to undermine trust in society.

Mountain Middle School and its technology policy and media literacy efforts serve as a successful model for educators and parents trying to teach the next generation how to critically consume media.

“It’s important to learn media literacy because there are real consequences. There are real-life crises that have happened as a result of misinformation,” said Rosemary Smith, impact producer for the film and managing director of the Getting Better Foundation, a nonprofit that aims to promote societal trust through education and truth.

“Big thinkers and people are trying to solve the question: What’s causing (the ills in our society)? And they resoundingly say, ‘It’s media literacy.’” she said. “Until we all embrace some media literacy, we can’t consume the news without it causing trauma.”

In “Trust Me,” Belic, director of the documentary “Genghis Blue,” which was nominated for an Academy Award in 2000, and the Getting Better Foundation use six stories from across the world as case studies for misinformation and media literacy, which the nonprofit Common Sense defines as “the ability to identify different types of media and understand the messages they’re sending.”

In India, a man is beaten to death after villagers misidentify a group of technology engineers on a countryside picnic. Russian trolls escalate a campaign of disinformation against the United States, and in another story, the son of a New Zealand couple almost dies from tetanus after they refuse to vaccinate their children, fearing information that says vaccines cause autism.

Mountain Middle School in Durango emerges as an example of the positive steps that educators and parents are taking to try to combat misinformation and teach young people how to think critically about media and technology.

“It’s so easy to focus on the negative and bring people down with that doom and gloom, and to be part of the problem,” Smith said. “We wanted to be part of the solution. We want to shine a light on those doing the good work and (show) how others can emulate them. That’s how we learn.”

After Shane Voss took over as the head of Mountain Middle School nine years ago, he banned the use of cellphones inside the school. After also investing in a media literacy curriculum, the academic achievement of students improved.

“Removing the phones from the school day, I think really just elevated the level of engagement and that academic excellence as the foundation of our culture of our school,” he said.

An article about Mountain Middle School’s cellphone policy in The Denver Post caught the attention of Colorado Public Radio, which then attracted Belic to the school, Voss said.

For the documentary’s team, the school’s strict approach to technology and its parallel media literacy program, which are a rarity among schools, were a revelation.

“They came out and shot a bunch of footage of our culture and climate and the school without kids using phones throughout the day,” Voss said. “It was a normal day for us, but to them it was in an extraordinarily positive environment that they captured on film.”

The emphasis on the documentary places on media literacy is a message that Voss hopes the school can share.

“Information literacy is a standard that we teach at our school, and I think it’s the most important standard,” he said. “… Kids need to understand how to decipher what is fact and what is truth in a world full of misinformation.

“This is the most important topic that we need to stop and really analyze and think about deeply if we want to have a better future,” he said.

Voss shares a sense of pride not only that Mountain Middle School was featured in the film, but that it was highlighted as a success for teaching a new generation of young people how to critically analyze information and the role that media plays in society.

“I feel really proud because they did the case study of our school of ‘Here’s hope,'” he said. “Here’s a school that actually is doing some hopeful work with kids and it’s proven to be successful.”

Though the documentary was released in 2020, its appearances nationally on PBS remain exhilarating for Mountain Middle School.

“It’s just really exciting to have a school here in Durango featured in something that’s being shown all over the United States right now and probably all over the world here soon,” Voss said.

“Trust Me” has already made appearances at film festivals across the country and won multiple awards, including best documentary at the Montana International Film Festival and IndieFEST Film Awards.

The Getting Better Foundation with the help of the Knight Foundation and News Literacy Project, two journalism and news nonprofits, passed the film and its educational curriculum to 40,000 schools in the US in 2021, Smith said.

They are now looking to send those materials to educators in Europe, Asia, Latin America and Canada to help strengthen media literacy, Smith said.

Mickey: The Story of a Mouse (2022) Documentary Explained: A look at Mickey from a cultural lens beyond the artistic one
admin November 20, 2022

Mickey: The Story of a Mouse (2022) Documentary Explained: A look at Mickey from a cultural lens beyond the artistic one