Sports stars can no longer invoke ignorance. You have political power and must use it | Sports policy

S.Port is politics. No question about it at the beginning of the year, when the Olympic Winter Games in Beijing and the World Cup in Qatar. Today all you have to do is open the newspaper. The Frankfurter Allgemeine Zeitung, the Guardian, the Polish Gazeta Wyborcza and other quality media, which collect many votes to cover the world, deal on their sports pages with the diplomatic boycott of the Olympic Games by the USA, Great Britain and other countries, the “Silent diplomacy” of the International Olympic Committee and workers’ rights in Qatar.

One message attracted special attention worldwide. Out of concern for the life of Peng Shuai, the former world number 1 in doubles, the WTA has suspended all tournaments in China. Overall, around 30% of WTA’s revenue comes from China, with the annual final in Shenzhen paying the equivalent of around 12 million euros (£ 10 million), more than any other event in women’s tennis. But the players are now saying: We’ll do without it.

Taking a strong position is a tradition in women’s tennis, the history of which is shaped by personalities. In the 1960s, WTA founder and multiple Grand Slam winner Billie Jean King campaigned for gender equality and pay. Multiple Wimbledon champion Martina Navratilova later campaigned for gay rights. In fact, the supposedly weaker sex dominates the fighting mode. Sportswomen have made their association an independent institution.

The consistent decisions of the WTA send a signal: In sport you can say no. Negotiations require an interplay – to approach each other, but also to withdraw from time to time. Even countries where human rights are not universally applicable are investing in football. These countries are part of global sport and offer so much money that it is difficult for many to turn down.

The German television broadcaster ZDF recently carried out a hidden camera investigation. The reporter spoke to workers from Nepal, Pakistan and Bangladesh who are building stadiums and roads in Qatar. Eight of them lived in one room; They each earn 300 euros a month, but wait months for their salary.

The report also included attractive game scenes from the 2021 Arab Cup and all eight new stadiums. In a country with 2.9 million inhabitants, there are eight of the most modern, most expensive and most beautiful stadiums in the world, less than an hour’s drive from each other. The ZDF report anticipated the dilemma before the 2022 World Cup: people know the situation in Qatar, but they like to see the spectacular pictures and the best teams.

When the 1978 World Cup took place under the direction of the Argentine military regime, many players had no answers to human rights issues. Today one can no longer look at the world so naively. Everyone involved knows better than ever what is going on in distant continents. Most footballers also have more time to deal with such topics due to the advanced level of professionalism. Public figures like you are also expected to educate yourself on matters outside of their bubble. Now that the world has turned into a village, everyone knows the conditions in Qatar. 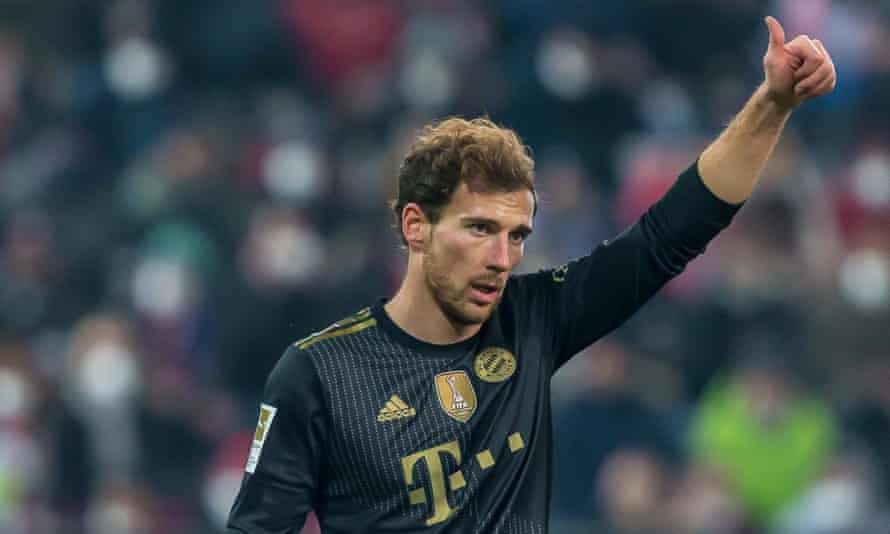 Bayern Munich’s Leon Goretzka is one of the footballers who commented on the World Cup in Qatar. Photo: DeFodi Images / Getty Images

Some footballers intervene and demand that human rights be respected. “I think you have to pay more attention to something like this when placing orders in the future,” said German international Leon Goretzka. Finland’s captain Tim Sparv wrote in an open letter: “We woke up too late, I woke up too late.” Sparv called on players, media and fans to speak out about working conditions in Qatar.

This argument is already bearing fruit on a small scale. When a black player was racially insulted by a spectator at the third division game between MSV Duisburg and VfL Osnabrück in Germany in December, the teams forced a stop. All parties quickly agreed that they wanted to set a good example: players, both clubs, referees, the association and fans from both camps.

The individual is not powerless; People can make a difference. Small is where you begin, big is where it can end. Greta Thunberg was 15 when she stood alone on a street in Stockholm to raise awareness about climate change. Many joined in, and Fridays for Future has put the environment on the global agenda ever since. That changed politics. Football too: The 2024 European Championship in Germany can only be rated as a success if ecological aspects are taken into account. Our preparations are under way.

The Fiver: Sign up and receive our daily soccer email

I consider myself lucky to have been born into a democracy. It wasn’t long ago that the conditions in my home country were different. Three decades ago Germany was divided and the East a dictatorship. Other nations in Europe were also changing. The 1964 European Championship was held in a fascist state, and Spain’s team won their home tournament ahead of General Franco. He was still in power when the 1982 World Cup was awarded to Spain. At the time it happened, Spain was a democracy.

Major sporting events, especially in football, generate enormous attention. European championships and world cups today require all participants to deal with working conditions and human rights. At Euro 2024 in Germany, too, Europe will negotiate with one another about how we want to live together.

Philipp Lahm’s column appears regularly in the Guardian. It is produced in collaboration with Oliver Fritsch from Zeit Online, the German online magazine, and appears in several European countries.