“The spread of Covid-19 is linked to 5G cellular networks.” “Put a halved onion in the corner of your room to catch the Covid-19 germs.” “Sunny weather protects you from COVID-19.”

These and similar fake news stories quickly spread on social media in the early stages of the pandemic. The wave of misinformation was so great that the authorities coined a word for it: “Infodemy”.

Fake news is not new. But interest in it has increased significantly in recent years, corresponding with the emergence of social media. Attention rose in 2016 amid concerns that the Brexit referendum and US presidential election may have been influenced by misinformation from other countries.

In May 2020 we recruited over 4,500 participants for an online study through an article on the Irish news website TheJournal.ie. Participants were told that the purpose of the study was to “examine responses to a range of public health news and news related to the novel coronavirus outbreak”.

Each person was shown four true news stories about the pandemic and two fake news items (chosen from a list of four fake stories). These counterfeit items should be very similar to the items in circulation at the time. They said drinking coffee could protect against the coronavirus, that eating chili peppers could reduce COVID-19 symptoms, that drug companies were hiding the harmful side effects of a vaccine then-under development, and that the upcoming contact tracking app from Ireland’s Public Health Service was developed by people with ties to Cambridge Analytica.

After reading the stories, participants said how likely they were to react to the information in the next few months, e.g. For example, drink more coffee or download the contact tracking app.

Some participants even developed fake memories of the fake stories they read (which we had also seen in some of our earlier research). “Remembering” before hearing a fake COVID-19 story appeared to make some people in our study more likely to act in a certain way. For example, people who mistakenly remembered about the privacy issues of the contact tracking app were 7 percent less likely to download the contact tracking app than those who read the story but didn’t “remember” it. 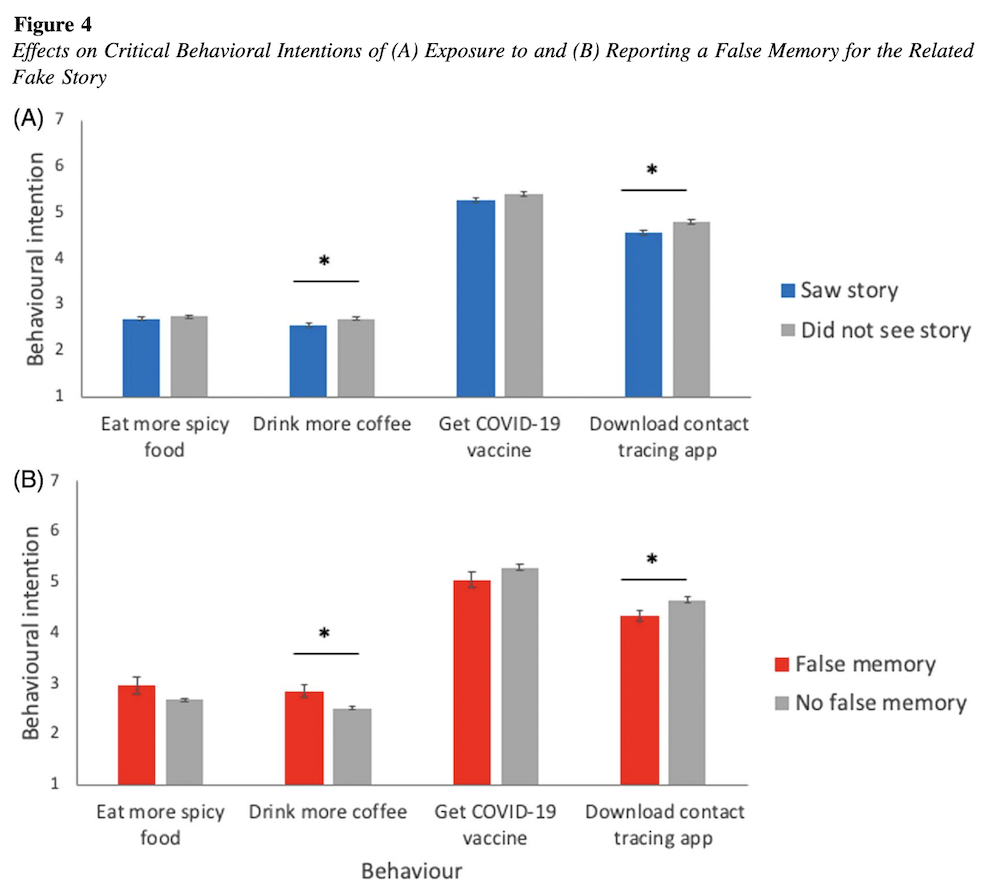 Such effects were minor and did not occur with every fake story. But even small effects can bring about big changes. Unfounded concerns about a link between the MMR vaccine and autism resulted in a relatively small decline in childhood vaccination rates – about 10 percent – which in turn led to a significant increase in measles cases. So it’s possible that the small effects of fake news that we saw in our study could have bigger effects on people’s health.

However, there are a few important points to keep in mind. First, we measured people’s intentions to do things, not what they actually did. Intentions don’t always lead to action – think about your previous plans to eat healthier or to exercise more, for example. However, when people don’t even have the intention to change their behavior, the chances that they will actually do so are slim, so measuring intentions is an important first step.

Second, our study was based on people reading newly invented stories only once. In the real world, people can often come across fake news on social media. Being confronted with the same story over and over can reinforce the truthfulness. The effects of re-viewing fake news stories therefore need to be further explored.

A secondary aim of our study was to examine the effects of general warnings about misinformation, such as those shared by governments and media organizations. These warnings usually encourage people to think and think critically about online information before sharing it.

Again, there isn’t a lot of research on the subject. We were only aware of one study that looked at whether such generic warnings had an impact on people’s acceptance of misinformation. Crucially, participants in this study were aware that they were doing research on fake news, which might have made them more suspicious of what they were seeing. 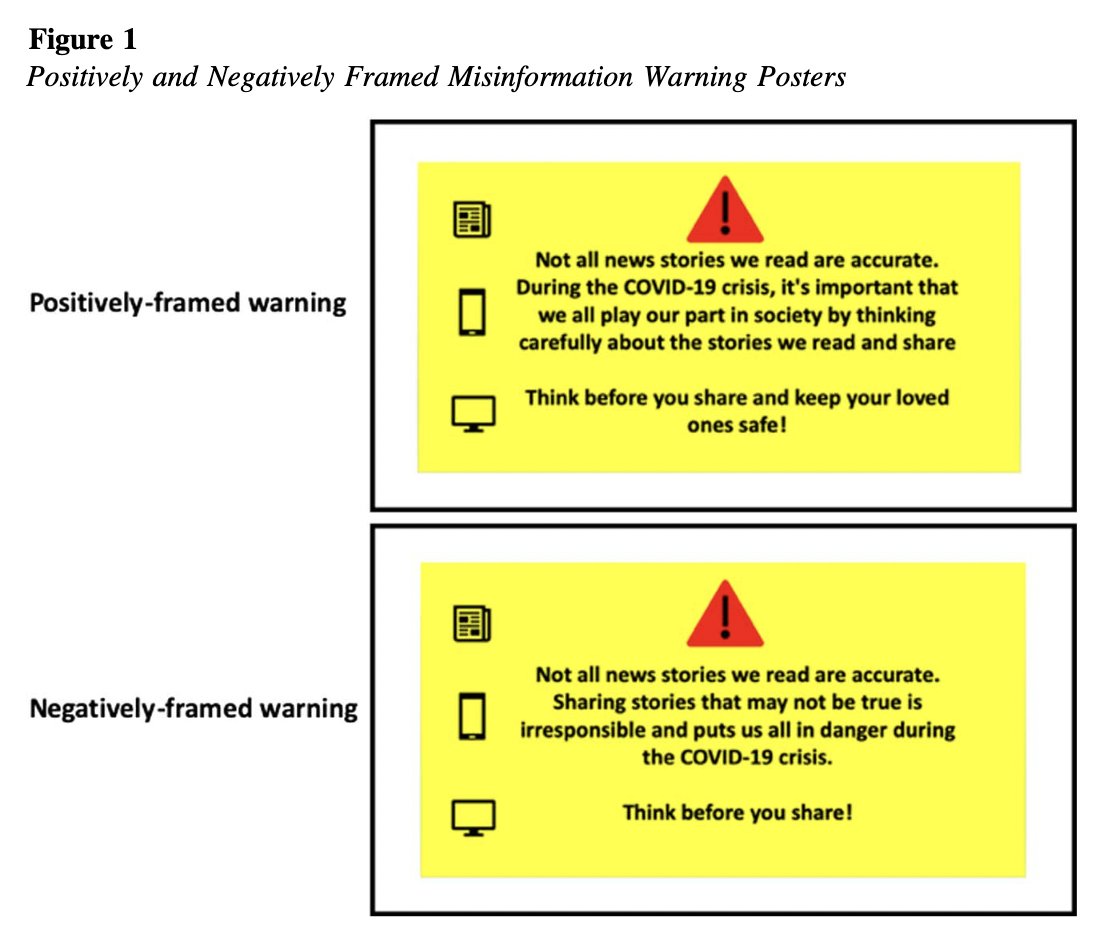 In our research, some participants were randomly made to read a general misinformation warning before then reading the true and fake stories. Surprisingly, we found that reading a warning didn’t affect people’s reactions to the fake stories. Governments should think about this in their fake news strategies: The effect of fake news may be less than expected, but any warning may be small.

The effect of advertising on consumer behavior
admin April 10, 2022

The effect of advertising on consumer behavior

Politicians, academics worry where extremist behavior in Canada could lead