The vast majority of Irish cannot even imagine a world without the internet, while more than half of us believe that technology is “destroying” our lives, according to the Ipsos Global Trends study section dedicated to consumers and consumers Technology deals.

Aside from the need for technology and fear of its dystopian repercussions, the study paints a picture of Irish consumers being loyal and trustworthy about the characteristics of brands, which could make us more vulnerable to unscrupulous operators making absurd notions sell a lot more, get gouged – inflated prices.

This openness and positivity make us vulnerable to exploitation when it comes to pricing. We are less price sensitive and do not react as quickly as consumers in other markets

When the Ipsos researchers asked the Irish if they were “generally willing to spend more money on a brand with an appealing image,” 57 percent said an enthusiastic yes, placing Ireland fourth in the global rankings behind China and India 73 percent and South Africa to 69 percent.

In contrast, only 33 percent of Italians said they would like to spend more on a brand with an appealing image.

Gerard O’Neill, chairman of the research company Amárach, has followed Irish consumer attitudes for many years. He said that while there was great interest in research, there weren’t many surprises.

“Brands are more important to Irish consumers,” he says. “We are very loyal to the brand and very brand conscious. It’s changing, but slowly, and we are very open to positive brand messages and see them less cynically than in other countries. But this openness and positivity make us vulnerable to exploitation when it comes to pricing. We are less price sensitive and do not react as quickly as consumers in other markets. “

He points out all the ways Irish consumers are paying more, from energy and transportation to loans and insurance. Our willingness to trust online recommendations from a well-known website or app – at 68 percent – is another sign of our willingness to trust brands. “So if you are a company, you better score”.

While three-quarters of Irish consumers told researchers they would rather buy locally produced products than overseas products, Ireland lagged far behind China, where the percentage was 90 percent, and Australia, where 85 percent of people prefer to shop locally . Eight countries valued buying from locals more than Irish, while Singapore was at the other end of the table at 53 percent, followed by the UK at 69 percent. 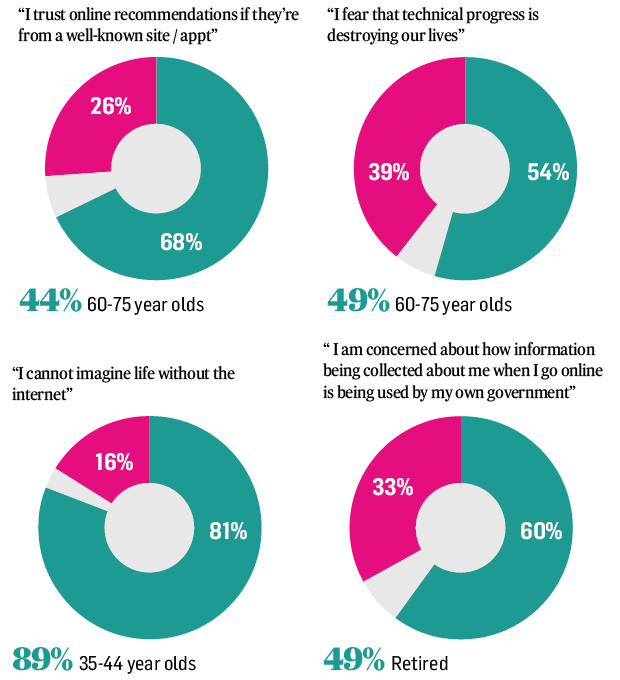 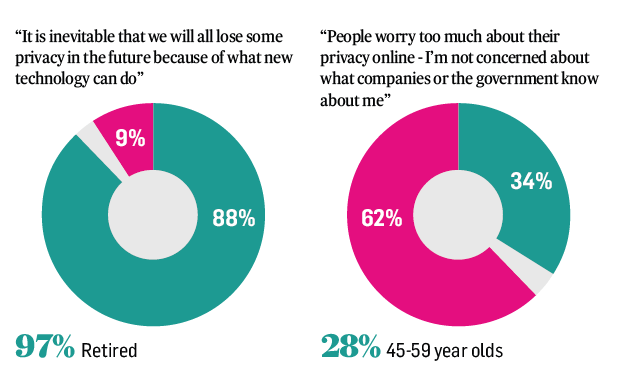 When it came to the internet, 81 percent of Irish said they couldn’t imagine the world without it, making Ireland the third most technology-dependent country. In stark contrast, 36 percent of French people said they could imagine life without being forever connected to everything from their cell phones, tablets, computers, and televisions.

And although we seem to be more dependent on the Internet than most, 54 percent of Irish agreed with the grim statement, “I fear technological advances are destroying our lives”. People from Brazil and France are most likely to agree with 66 percent, while Germans are least likely to agree, with a significant 45 percent of people there still agreeing that technical progress “is destroying our lives”.

And the robot wars haven’t even started.

Despite mass migration on the internet, triggered at least in part by Covid-19, 38 percent said they still found shopping online more difficult than shopping in traditional stores, compared to 29 percent of Americans, the country most populated with is best equipped for online shopping.

O’Neill says this backs up evidence that online shopping has been made difficult by Brexit. He suggested that those who say they find it harder to shop online than to shop in traditional stores are likely part of a “generation change”.

When asked if people think they can find better deals online than they do in traditional stores, 65 percent of respondents said they could. This may seem like a respectable number, but it was actually at the lower end of the ranking, well behind China at 94 percent, Brazil (90 percent) and India (83 percent).

There is good news for the government when it comes to privacy concerns. The research suggests that the Irish are the least concerned about how the information gathered about them when they go online is used by the authorities. While 60 percent expressed concern, that number meant Ireland was the third least concerned nation, finishing just ahead of Denmark and Germany. In contrast, 81 percent of people in India and 77 percent of people in Brazil agree with the statement.

More Irish believe that it is “inevitable that we will all lose some privacy in the future because of the possibilities of new technology” than in any other country and Canada, which was 87 percent pegged.

Despite an apparent resignation to the loss of privacy from technology, the Irish are by no means blind to the downside of this situation. Only 34 percent of Irish agreed with the suggestion that “people are too worried about their privacy online”. [and are] not worried about what companies or the government know about them.

The vast majority of Irish believe that social media companies have too much power, with 86 percent of Irish agreeing with this statement. This was only in second place worldwide after Brazil with 91 percent. A common concern about the power of social media companies was that that number didn’t drop below 75 percent in any of the countries surveyed.

But what about our comparatively little concern about what the state might do with the information it receives from our online activities?

“We see this as a harmless thing, and digital government is important when it comes to better and more democratic services – but we’re much more concerned about what the private sector is doing,” says O’Neill. “This is a call to regulators that suggests that the government would open the door to making tech companies more demanding and demanding on data protection.”

how ads get you to think brands are greener than they are – and how to avoid falling for it
admin July 8, 2022