European activists want to ban fossil fuel advertising. Why can’t we do this here?

Greenpeace EU and 20 other environmental organizations launched a new campaign this month calling for an EU-wide ban on the advertising of fossil fuels. The group’s proposal would not only prohibit the promotion of coal, oil, gas, gasoline-powered vehicles, airplanes and so-called “wrong solutions” – such as unrealistic ways to decarbonise – but would also prevent oil companies from advertising altogether. To kick off, dozens of Greenpeace activists came to Rotterdam to block traffic around Europe’s largest oil refinery.

Across the Atlantic, US climate activists applauded the campaign, which they believe could help publicly delegitimize fossil fuel companies. But differences between American and European law mean that American climate groups would have greater difficulty calling for a total ban on the advertising of fossil fuels. Instead, American interest groups have questioned the content of fossil fuel companies’ advertisements rather than their very existence.

There is much to complain about in any jurisdiction; Advertising for fossil fuels usually paints an exaggeratedly rosy picture of the industry. According to TV and social media ads, Exxon is working hard to “capture the most carbon of any company.” Shell gives “something back to the children” in his community. And Chevron is “focusing on environmental issues that matter” by monitoring Australian sea turtle hatchlings and “helping them travel from nest to ocean.”

“These ads are harmful and misleading for consumers,” said Anusha Narayanan, Greenpeace USA’s climate campaign manager. While ads make it seem like companies are working in good faith to tackle the climate crisis, she stated that the reality of the industry is actually very different. Chevron, for example, invested just 0.2 percent of its capital expenditures in developing low-carbon energy sources between 2010 and 2018. The situation is similar with Shell and ExxonMobil, neither of which have invested heavily in renewable energies. By 2020, none of the 59 major fossil fuel companies had announced climate plans that were in line with the Paris Agreement goal of limiting global warming to 1.5 degrees Celsius (2.7 degrees Fahrenheit). 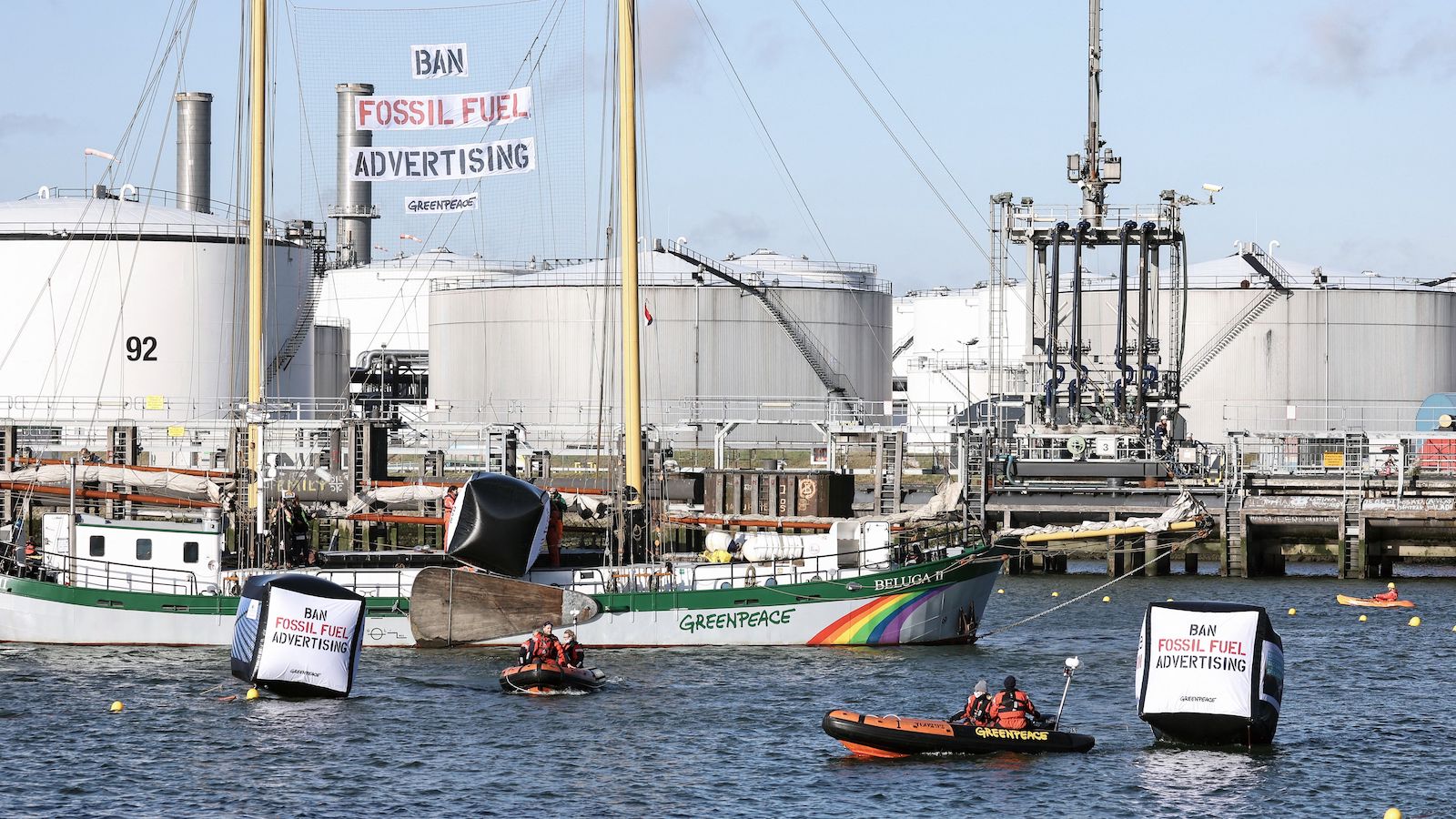 EU activists from Greenpeace block a Shell refinery in Rotterdam and demand a ban on the advertising of fossil fuels. Kenzo Tribouillard / AFP via Getty Images

According to Narayanan and others, climate-related advertising helps strengthen the oil and gas companies’ “social license” – essentially their legitimacy in the eyes of consumers and other stakeholders. By overdoing their commitment to decarbonization, they can paint themselves green while continuing to sell the very products that are causing climate change.

But the US’s protective stance on freedom of expression means that a complete ban on fossil fuel advertising, as Greenpeace EU is seeking, is a non-starter for American government officials. According to Douglas Kysar, professor of environmental law at Yale, it is easier for US state and federal agencies to regulate speech by dictating when, where, and how it can take place than it is to ban it altogether.

“To forbid any speech by a particular actor?” He said. “It’s very difficult to do without breaking the Constitution.”

For example, when it came to restricting cigarette advertising, it took years of legislative and regulatory action to enforce today’s comprehensive bans. There was the US Attorney General’s 1964 warning that smoking causes cancer and the Federal Cigarette Labeling and Advertising Act, passed two years later, required tobacco companies to put warning labels on their packets of cigarettes. There was a 1970 congress ban on television and radio advertising for cigarettes. And there was the 1998 big deal between cigarette makers and dozens of attorneys general that banned cigarettes from being advertised on outdoor billboards or on public transport in 46 states. More recently, the Family Smoking Prevention and Tobacco Control Act of 2009 banned tobacco companies from sponsoring sports and music events and placed new restrictions on advertising near public schools.

“The more scientific evidence and bipartisan, bipartisan, and tiered government statements on a given matter,” said Sarah Ludington, director of Duke Law’s First Amendment Clinic, the more likely lawmakers and regulators will be able to protect freedom of expression to be overcome by the First Amendment. 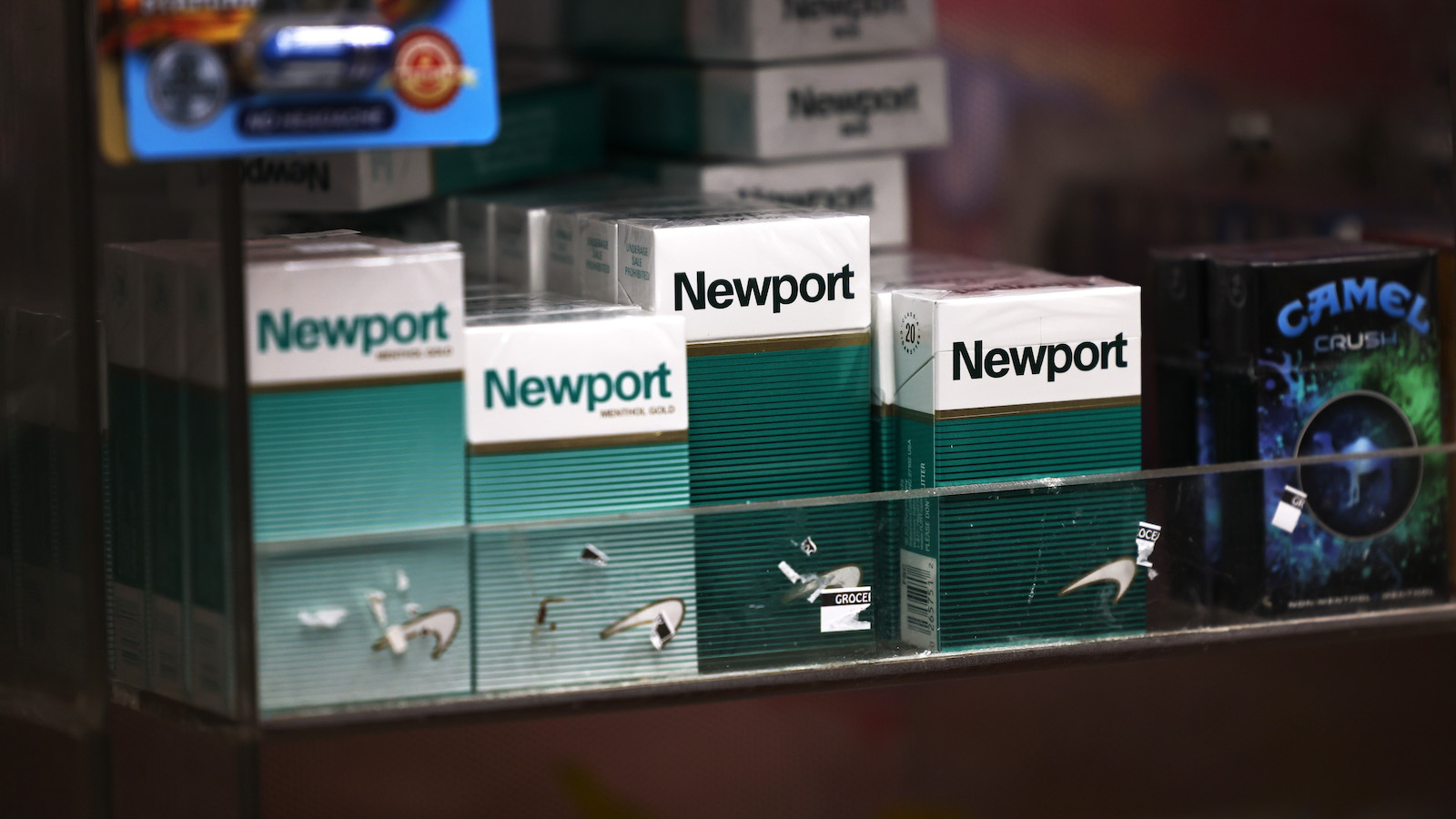 The political consensus that allowed cigarette advertising restrictions is lacking on fossil fuels – and without it, regulators cannot do much. Since 1980, government agencies have had to meet four criteria in order to regulate so-called “commercial speech” – which is not fully protected by the First Amendment. First, they need to show that the advertising messages are misleading. Then they have to prove that the government has a “legitimate state interest” in restricting communications, as Kysar put it. They must then demonstrate that their proposed regulation promotes that interest significantly and they must pass a “least restrictive means test”.

Although fossil fuels pose an even bigger public health threat than smoking, Kysar said it is difficult to justify sweeping restrictions on fossil fuel advertising without sending a clearer signal that the federal government is committed to decarbonizing the economy quickly . “We are still subsidizing tens of billions of dollars a year into fossil fuel production,” said Kysar. “If you try to ban the advertising of fossil fuels at the same time, while they are still perfectly legal and heavily subsidized, it does not look like a legitimate state interest.”

According to Ludington, it is not even clear which US agency could ban fossil fuels from advertising – even if the political stars lined up. Whether it’s the Environmental Protection Agency or the Federal Trade Commission or the FTC, the US consumer protection agency, she said they would likely need to get special authorization – for example, through a law of Congress or a presidential ordinance .

In light of these restrictions, American climate change groups, concerned about misleading fossil fuel advertisements, have tried two main tactics so far. The first is to initiate criminal and consumer protection lawsuits against fossil fuel companies for greenwashing. These lawsuits only marginally demand changes in corporate advertising practices; They mostly seek compensation for financial, physical, or emotional damage caused by misleading or fraudulent claims made by fossil fuel companies.

The second tactic is to ask the FTC to enforce their “Green Guides” – a set of guidelines to preserve advertising related to environmental claims – against certain companies. Perhaps the most prominent U.S. effort to target fossil fuel advertisers is a complaint from Greenpeace USA, Earthworks, and Global Witness calling on the FTC to discourage Chevron from exaggerating its renewable energy investments in its advertisements.

Back in Europe, Greenpeace EU’s proposal to ban fossil fuel advertising depends on an instrument called the European Citizens’ Initiative, which allows any group of citizens to start a petition that will be considered by the European Commission. If a petition receives a million signatures in seven EU countries within a year, the Commission is forced to evaluate it and prepare a proposal for the legislature. * The strategy has already shown promising results in a campaign for a pesticide supported by Greenpeace Ban, and another calls for an end to the use of cages for farm animals. 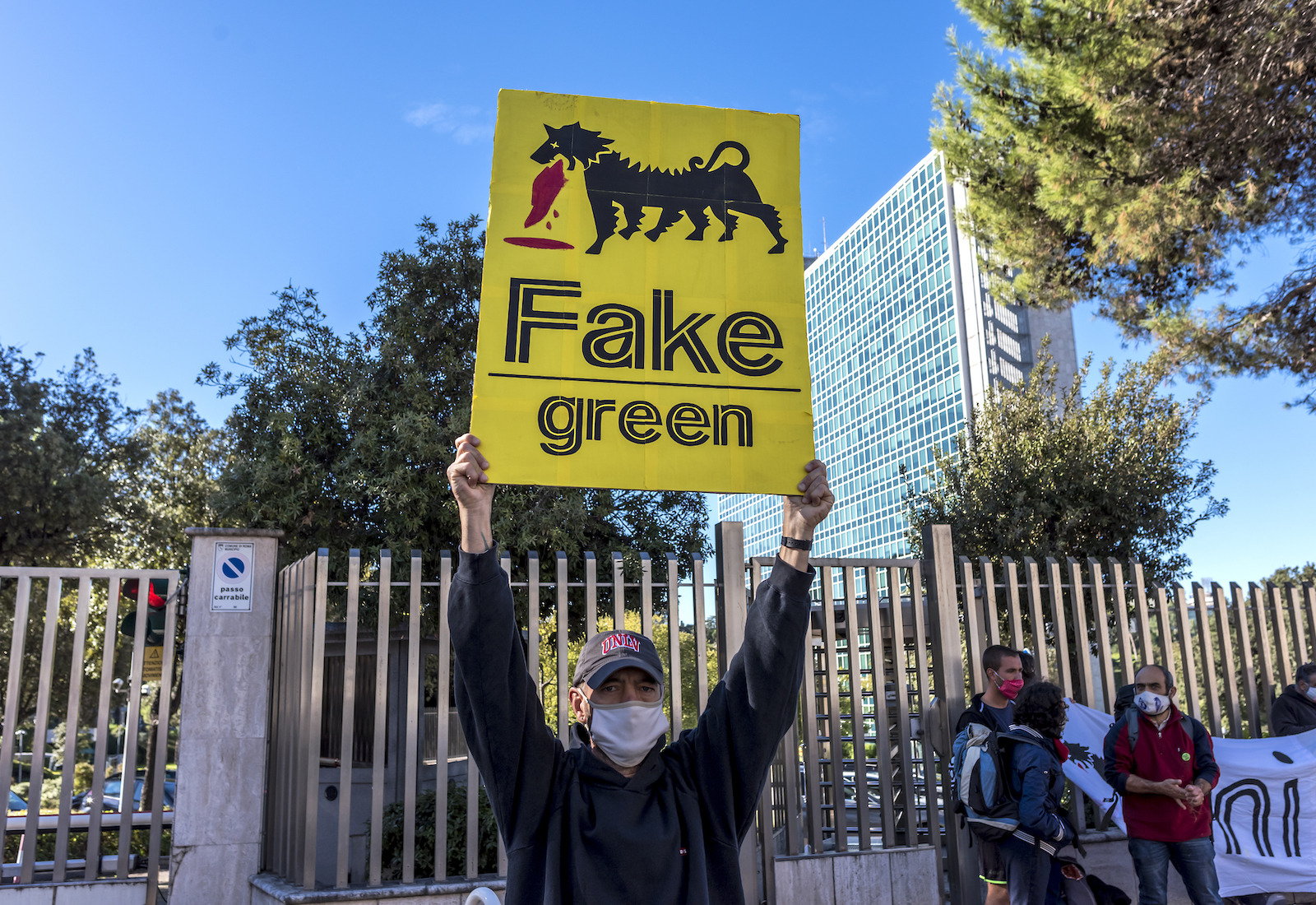 “The European Citizens’ Initiative enables people to mobilize, pick up the microphone and insist that change take place,” said Paul Musiol, a communications officer for Greenpeace EU definition unable to propose federal laws despite helping to make it happen to advance many major environmental policies.

Silvia Pastorelli, climate and energy activist for Greenpeace EU, stressed that activists, policymakers and regulators in all jurisdictions should use all available strategies to hold the fossil fuel industry accountable for its fraudulent advertising practices. Amsterdam, for example, banned fossil fuel advertising on its metro system in May, and France passed a climate law banning advertising of coal, oil, gas and gasoline-powered cars from 2022. She also mentioned the international Clean Creatives campaign, which is pushing advertising agencies to cut their customers off fossil fuels.

“There are many different ways people are challenging the dominance of the fossil fuel industry,” she said.

Kysar agreed, adding that the value of many of these approaches resides in their symbolic nature. Even if the EU campaign could be unsuccessful in the legal context of the US, it could nonetheless help undermine the societal operating license of the fossil fuel industry and turn oil and gas “from a legal energy product into something illegal, taboo, the kind of” Goods that must be suppressed and forbidden. ”

Publisher’s Note: Greenpeace is an advertiser at Grist. Advertisers have no role in Grist’s editorial decisions.

Tags:
Previous Article
Texas’ standing ban on abortion means states could lose the constitution: DOJ
Next Article
A THIRD OF kids ages 7-9 use social media – 40% of parents don’t have time to monitor

What’s behind the attacks from left-wing social media activists?
admin May 1, 2022

What’s behind the attacks from left-wing social media activists?