Many young children use social media and their activities are often not monitored by parents, according to a new survey.

University of Michigan researchers surveyed parents of children ages seven to twelve to ask about their children’s social media use and how involved they are in monitoring activity.

They found that a third of teenagers ages seven to nine and just under half of kids ages 10-12 had used social media in the past 12 months.

While five out of six parents reported using at least one parental control, 40 percent of parents say that regularly monitoring their child’s social use is too time consuming.

The rise of smart devices has also given kids easy access to social media apps like Instagram and TikTok, which in turn leaves parents more concerned about their child’s online usage (file image) 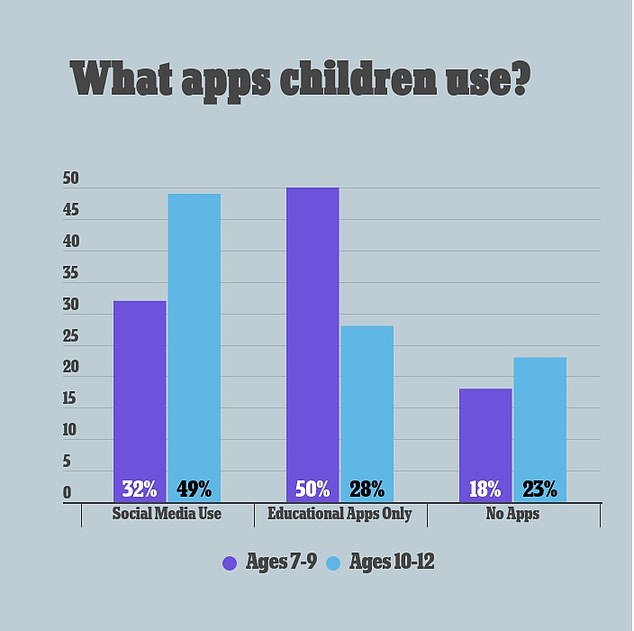 With devices like tablets and smartphones ubiquitous in American homes, it is now easier for children to access social media and the internet than ever before.

Apps, including TikTok and Instagram in particular, have become popular with children in younger age groups.

All kinds of content are readily available on the Internet, many of which are unsuitable for young children.

Researchers from Michigan conducted a nationwide survey of parents to find out how parents navigate a child’s trials and difficulties in a social media obsessed world.

“There is ongoing debate about how early it is to early when it comes to using social apps and how parents should oversee it,” Sarah Clark, co-director of Mott Poll’s survey, said in a statement.

“Our survey examines how often tweens and younger children use social platforms and how closely parents monitor these interactions.” 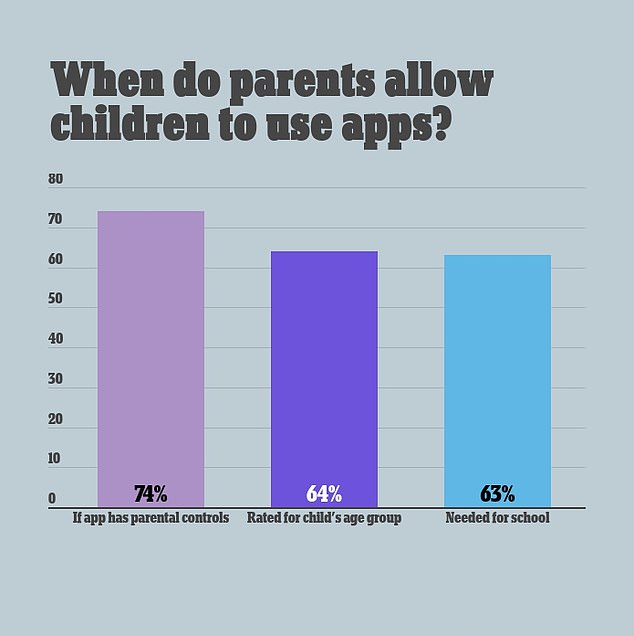 A majority of parents only allow their children to use certain apps if they have parental controls (74%), are classified for the age group of their child (64%) or are required for school (63%).

Parents who participated in the survey were divided into two groups, those with children ages seven to nine and those with one child ages 10-12.

Among parents with children in the younger age group, 32 percent said that their children used social media.

The majority of parents only allow their children to use certain apps if they include parental controls.

However, every sixth parent who allows children to use apps is not using parental controls.

In addition, more than half of all parents report that they cannot find these controls, and just under a third say their children will bypass the controls anyway.

About two in five of these parents – 39 percent – say it is too time-consuming to monitor their child’s social media activity.

“When parents allow younger children to engage in social media, they should take responsibility for making the child’s online environment as safe as possible,” said Clark.

“If parents cannot commit to taking an active role in their child’s social media use, they should keep their child waiting to use these apps.”

Many parents share the same concerns about their children’s use of social media.

Around 70 percent of parents fear that their child will reveal private information or meet a sex offender online.

Slightly fewer, 64 percent, fear that their child will see adult content or read incorrect information that they cannot see. 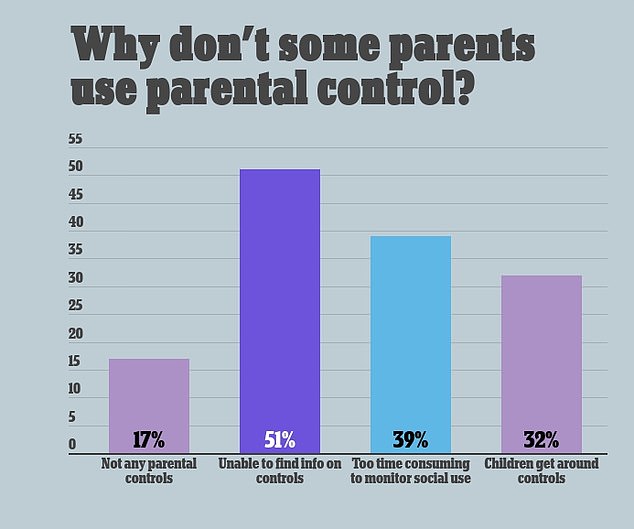 Almost 40% of parents say they don’t have enough time to monitor their children’s social media usage, and a third say their child could bypass the controls anyway 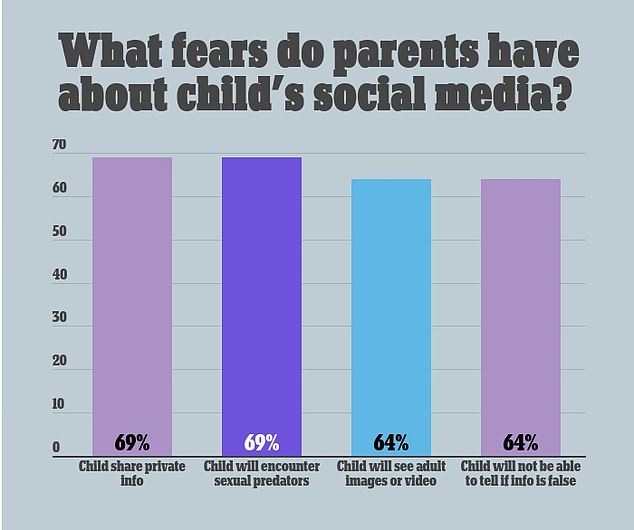 To protect their children from such harm, Clark recommends parents become more active in their use of social media by teenagers and regularly talk to their children about online safety.

“Parents should educate children on how to use social media apps safely through parental controls and regular conversations with their children to teach them online safety rules,” said Clark.

“It is especially important for young children who are new to these apps that their parents pay attention to the content they are interacting with and who they are talking to.

“Parents should also make it clear that they plan to monitor their children’s profiles, posts and interactions on social media until they are older.”

Tags:
Previous Article
European activists want to ban fossil fuel advertising. Why can’t we do this here?
Next Article
Biden Calls Colin Powell a ‘Patriot of Unmatched Honor and Dignity.’

Social media “Grandfluencers” wisdom is for all ages
admin September 5, 2021