Ridiculous fake news from Indian media could be produced with Government support: Observer

Several Indian media outlets have become a global joke for publishing fake news claiming Pakistan invades Afghanistan this week, while American think tank experts said what these media outlets have done sounds pretty ridiculous, but it is not the first time this happens.

In fact, Indian media has a long history of creating fake news that has been repeatedly refuted.

Observers told the Global Times that an investigation could conclude that some of the disinformation was being spread “under the control of Indian officials or government agencies”.

The start of the fake news is India’s right-wing broadcaster Republic TV, which on Monday cited exclusive footage from Hasti TV, an Afghan television broadcaster in the UK, saying that the Pakistani air force had attacked the Panjshir Valley in Afghanistan.

The report claimed that the spokesman for the Anti-Taliban National Resistance Front of Afghanistan “was also killed”.

After that, Times Now Navbharat, Zee Hindustan and other media outlets also aired the footage, claiming that Pakistan bombed Panjshir.

Republic TV couldn’t stop broadcasting this clip with the headline “Exclusive Hasti TV” on the screen.

However, fact-checking website Boom soon discovered that the footage broadcast by Indian media was from the Arma-3 video game.

Some internet users had pointed out this ridiculous flaw as well. 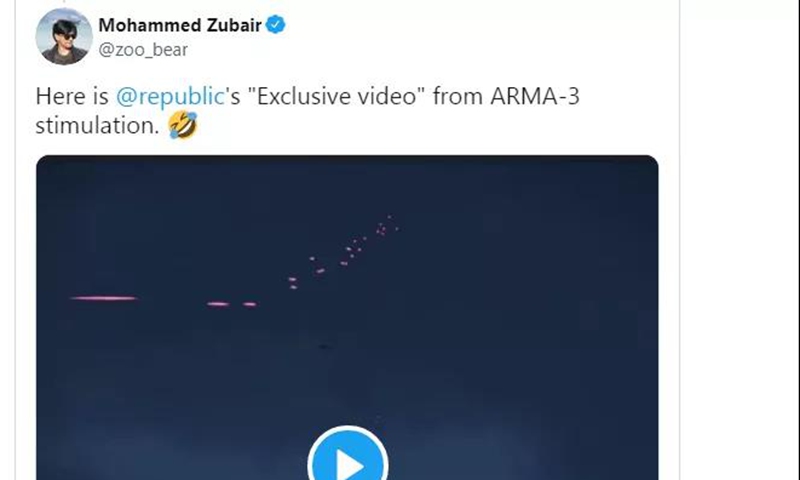 Meanwhile, India Today aired a clip of an American F-15 jet flying in Wales, calling it the “first image of a fighter jet supposedly belonging to Pakistan hovering over the Panjshir Valley in Afghanistan”. 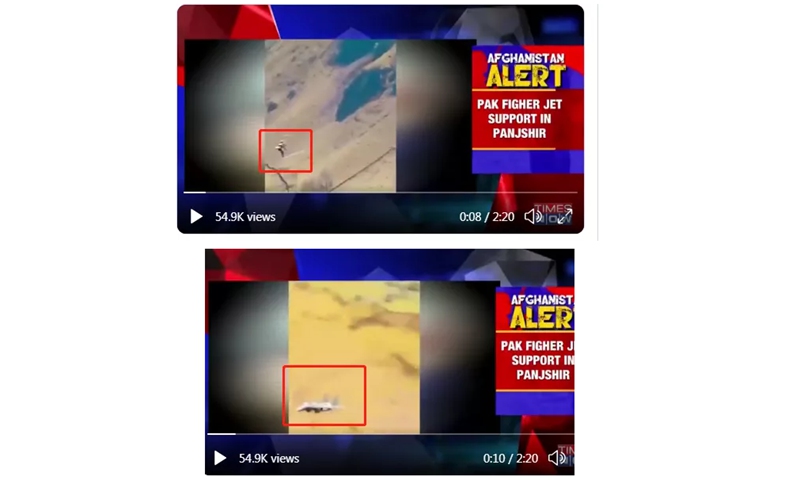 According to the media report, the India Today host called this a “complete Pakistani invasion” of Afghanistan.

This fake news was blown up by George Allison, editor of the UK Defense Journal. India Today also featured a picture in its news report on Monday claiming that a Pakistani F-16 had been shot down. 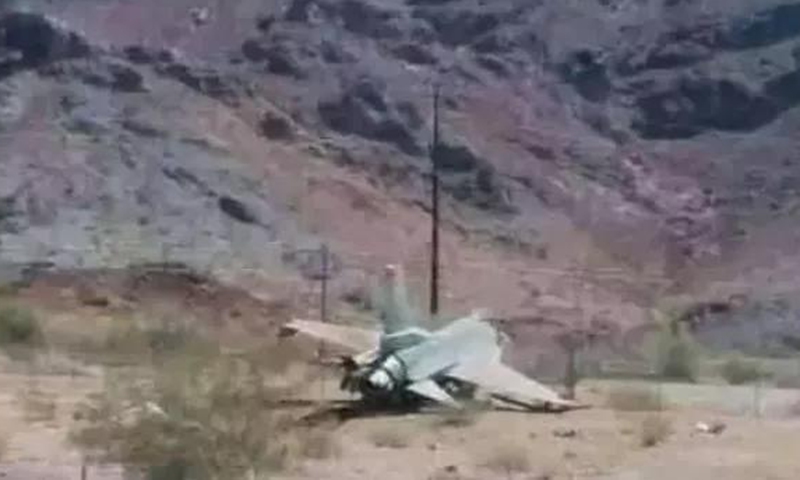 Photo: The image featured in the India Today report

However, according to US website military.com, this photo was actually from an accident involving a US F-16 Fighting Falcon jet that occurred on May 24th.

Regarding the production of fake news by Indian media, the Pakistani The Express Tribune pointed out that “shameless fake news leaves the Indian media with a red face”.

The above behavior of the Indian media has been ridiculed by foreign counterparts and criticized by domestic reporters.

Saba Naqvi, an Indian journalist, commented on Twitter that the “defining story of the day confirms that clowns run these channels. But they are dangerous clowns.”

“This may sound crazy to the uninitiated, but it’s not the first time. It also happened during the Balakot Crisis in 2019, ”said Michael Kugelman, deputy director of the Asia program and senior associate for South Asia at the Wilson Center and a leading specialist on Afghanistan, India and Pakistan and their relations with the US, wrote on Twitter.

Indian media has a long history of producing fake news.

Some Indian media reported in June 2020 that sources reached by them had speculated that the number of victims on the Chinese side had exceeded 40.

However, the claim was immediately backed up by Chinese Foreign Ministry spokesman Zhao Lijian during a press conference on Jan.

According to a December 2020 report by the BBC, EU DisinfoLab, a non-governmental organization based in Brussels, published an investigative report titled Indian Chronicles, which reveals a huge network organization spreading false information in India.

The network was primarily designed to “discredit Pakistan internationally” and influence decision-making in the UN Human Rights Council (UNHRC) and the European Parliament, EU DisinfoLab said.

In the report, the researchers discovered 265 pro-Indian sites in 65 countries and traced them back to an Indian holding company based in Delhi, the Srivastava Group (SG).

The investigation found that there were, among several others, direct links between SG and at least 10 UN-accredited NGOs “which have been used to advance Indian interests and criticize Pakistan internationally”.

The investigation revealed that the SG-led operation began in late 2005.

“There is no evidence that the network is affiliated with the Indian government, but it relies heavily on reinforcement of content posted in fake media with the help of Asian News International (ANI), India’s largest news service and a focus of the Investigations that were produced, ”said the BBC.

Established in 1971, ANI describes itself as “South Asia’s premier multimedia news agency with more than 100 offices in India, South Asia and around the world”.

EU DisinfoLab found at least 13 cases of ANI publishing mostly anti-Pakistani and sometimes anti-Chinese editorials by Members of the European Parliament (MEPs) originally published on EU Chronicle, one of the fake news sites linked to SG.

The EU DisinfoLab report states: “The actors behind the operation have kidnapped the names of others and tried to impersonate regular media like the EU observer […] used the letterhead of the European Parliament, registered websites under avatars with fake phone numbers, gave fake addresses to the United Nations and set up publishers to print books from their own think tanks. “

The investigation also found that there had been several hundred pro-Indian interventions by the unaccredited NGOs repeatedly given the floor at the UNHRC on behalf of the accredited organizations pursuing the same agenda of defamation of Pakistan.

Muhammad Zamir Assadi, a journalist with Independent News Pakistan, told the Global Times that the report actually revealed that stakeholders in India have repeatedly violated international norms and values ​​of mature diplomacy and friendly and good neighborly attitudes.

Looking back on past disinformation campaigns in India, Assadi said it could be assumed that the disinformation was spread under the control of Indian officials or government agencies.

Tags:
Previous Article
Liberals spent more on Facebook advertising in the first week of the campaign than other parties combined
Next Article
New 888 service proposed to protect women who go home

How technology can detect fake news in videos
admin August 11, 2022

How to Spot Fake News With This Handy Tool
admin August 9, 2022

How technology can detect fake news in videos

Explained | Russia’s new law criminalizing ‘fake news’ about the military, and its consequences

Curbing fake news and the excesses of social media, By Zeenat O. Sambo

How to Spot Fake News With This Handy Tool