Letters to the Editor | The economist

Her warning of the dangers of wokeism would leave many of the old thinkers on the left in the grave (“From the Academy,” September 4). The trick of the illiberal left is to claim that they are the advocates of the marginalized. I do not doubt that many are righteous, just as the leaders of the Catholic Church in the Inquisition were righteous. Religious fundamentalists of all kinds are sincere. But thinking you know best does not qualify you to create a better world. If you are unwilling to openly debate your ideas, you are, by definition, an authoritarian conservative.

The modern book banners, no-platformer, refusers of free speech and opponents of universalism in the name of identity politics are not from the left, the liberal left or even the new left of the 1960s. As a student in the 1960s, I marched to demand free speech, the end of the Vietnam War, and civil rights. We were sentenced as communists and beaten when we were unlucky enough to be around a police baton. Voltaire and John Stuart Mill inspired us. Here is what Eric Hobsbawm, a British Marxist, said about identity politics:

The Economist got the ball rolling.

I have followed the rise of the illiberal left with concern for 40 years. There are many reasons for this, but the biggest one was the ongoing attack on the ideals of the Enlightenment, ironically taken up by Karl Marx. He would almost certainly have treated awake people with contempt.

The problem is that we do not properly understand the original premises of our Enlightenment heritage. The ideals you are referring to (“The Threat of the Illiberal Left,” Sept. 4) are those most fully developed by Adam Smith as a moral philosopher (not an economist). Smith’s mentor and teacher was Francis Hutcheson, whose influence can be seen most clearly in Smith’s first book, The Theory of Moral Sentiments. Smith builds on Hutcheson’s arguments against greed and selfishness. The original idea in favor of individual freedom and freedom was to enable people to develop their talents both for their own self-esteem and for the good of the community.

Hutcheson was equally devastating about rights that could quickly become a cover for greed and selfishness. Hence Hutcheson postulated that rights must always be weighed against the virtue of an act or its effect on others. This is an important moral corrective that is constantly ignored in our pursuit of narrow individual or identity group rights.

Free and open debates are great in theory. In practice, we are more likely to hear more of what the billionaire has to say with the megaphone than the young single mother.

Her articles, which debunk illiberal progressives, are unique in today’s mainstream media and will hopefully inspire the idiot to join in. In explaining why the waking plague broke out of hibernation, focus on the academic world. But Locus isn’t a cause, and while you’re right to point students and college administrators, we also have to wonder how they got infected.

The virus arises from a new class, a “meritocracy” based on test results, a new elite. Earlier elites were based on power or wealth, but today’s elites believe their wisdom is “proven” and so cut any disagreement.

Loyalty vows are not a new, “awakened” development at the University of California. In the 1950s, oaths of loyalty were imposed on staff when a right-wing state legislature was embroiled in the Red Horrors and tried to wash out cabinet Marxists. This completely failed. To put it mildly, there are quite a few Marxist dons in the California university system today. Ironically, Ernst Kantorowicz, a medievalist and fierce anti-communist, lost his job when he categorically refused to take the McCarthy oath. Aroused oaths will also fail.

Oh, economist, I thought you were through all of this. Saving the liberal order is an acceptable, if stupid, goal, but it doesn’t help to sniff out progressive excesses and dismiss the criticism as unrest. Objectivity starts at home.

Just think of economics and the mantra that businesses cannot be protected from the storms of creative destruction. Because of me. If you want to win, accept the rules. But liberalism only sees the game and its players. What about collateral damage? The cost of capitalism’s creativity is paid for by chronic illness, family stress, community upheavals, social scapegoats, political dysfunctions, and climate catastrophes. Impatience is appropriate. 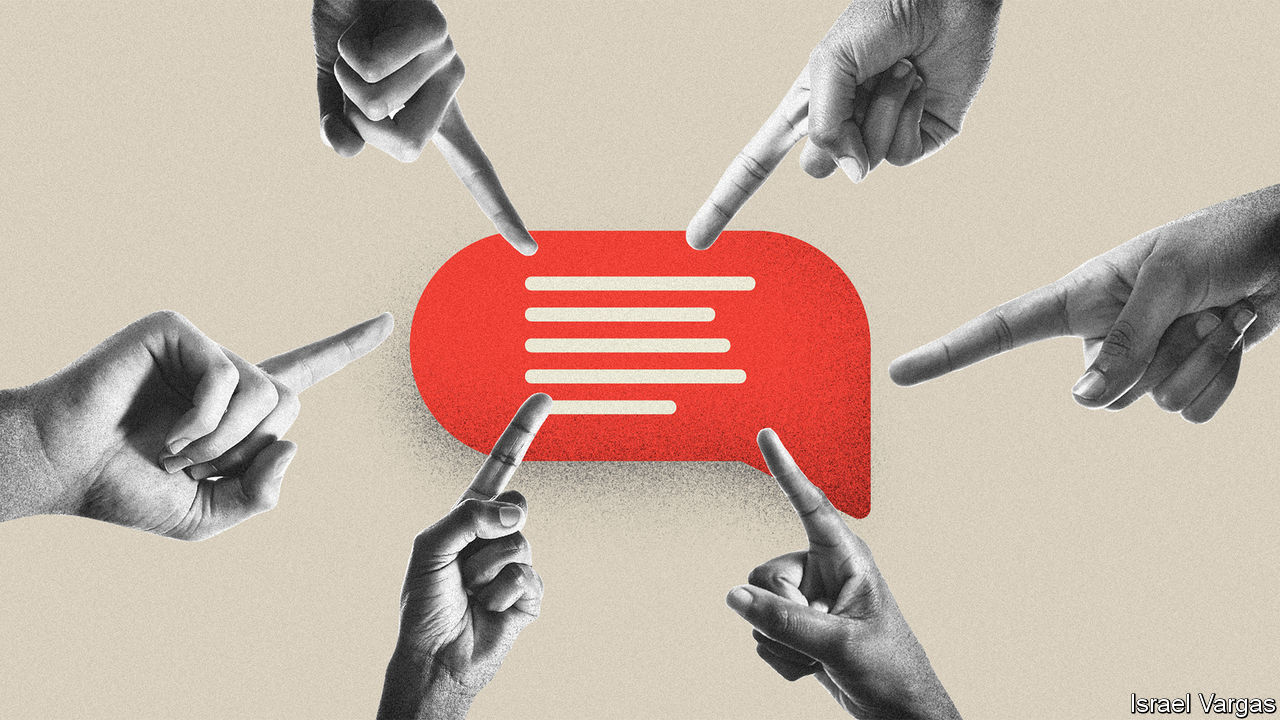 I’m not an advocate of blind vigilance, but your arguments have been so one-sided that I realized the guards make sense in advocating diversity at powerful institutions like The Economist.

It is true that too often the Awakened stifle debate and end careers, but they are no threat to democracy and the common sense that the fighters and profiteers on the right are.

Standing up for what you believe and defending your beliefs is important, but we should also seek humility. It would be beneficial for everyone to remember the words ascribed to Bertrand Russell:

Think of Michael Macy’s sociology experiments, which show how individuals, in the face of illogical group consensus, tend to publicly approve and even condemn those who think differently while expressing their concerns privately.

Unsupported theories, such as those of the illiberal left gaining a foothold in societies, require courageous people to break the cycle and express their differences regardless of condemnation. But someone else can go first.