Streaming in August on Netflix, Prime Video, 7plus and more

If you’re like us, chances are you’re tied up at the Olympics on 7plus with no plans to see anything else until the Olympic flames go out on August 8th.

Thankfully, our favorite streaming services seem to be aware of this and are planning all of their best new content after the games end. Hopefully, given the caliber of shows falling this month, it will be enough to fend off the post-Olympics blues. And in case you haven’t heard, a brand new streaming service is coming August 11th – Paramount Plus. Keep that in mind.

Now for our pick for the best of the best coming to every streaming service in August. Binge on!

The cop drama Line of Duty has been a hit in the UK since its first season started in 2012, but it’s only recently been gaining popularity in Australia. While the first five seasons are available on Netflix and Stan, Australian fans have been desperate to track down the sixth season, which aired in the UK in May.

Well it has finally found a (very fitting) home on the new UK content-centric streaming service BritBox for you to catch up on the latest adventures from DS Arnott and DC Fleming.

This week Bondis Poppy Starr Olsen will compete in a historic first for the sport of skateboarding at the 2020 Tokyo Olympics. The 21-year-old skateboard champion is about to have her biggest event to date, having won two world championships for her age group in 2014 and 2015, before becoming the first woman in skateboarding to represent Australia at the Summer X Games in 2016.

But Poppy’s journey from a young skateboarding prodigy to an Olympic athlete didn’t go smoothly. Tall Poppy: A Skater’s Story uses over a decade of footage to explore the ups and downs Poppy experienced in her path and evolution to become the world-class athlete she is today.

Check it out on ABCiview before streaming the Women’s Park Finals (Skateboarding) on ​​7Plus this Wednesday (August 4th).

SAS Australia (7plus) – After the Olympics, August

If you haven’t gotten enough of superhuman athletes putting their bodies at risk in the Olympics, could we suggest SAS Australia? The second season of the toughest competition on television will hit the screens after the games.

Chapelwaite starring Adrien Brody is based on the iconic short story “Jerusalem’s Lot” by horror genius Stephen King. This spooky ten-episode series follows the grieving widower Captain Charles Boone (Brody) and his three children as they return to their ancestral home (called Chapelwaite by locals) in the town of Preachers Corners, Maine, where they learn of their dark family history.

Chapelwaite launches on Stan on August 23, coinciding with his US debut.

The eleventh and final season of The Walking Dead is almost here. Although viewership has declined in recent seasons, the impact of this post-apocalyptic survival epic cannot be denied. It has spawned two spin-off series, kicked off the careers of Steven Yeun, Chandler Riggs, Danai Gurira, and many others, and kept them going despite some questionable twists and turns in the plot. It will definitely be missing.

Season 11 of The Walking Dead kicks off on August 23 on Binge.

In this joint Australian-American production, Adrian Grenier plays the seemingly perfect family man Nick Brewer, whose shocking kidnapping throws social media (and Nick’s family) into total chaos when a video of him is hit and a sign that reads “I am abusing” holds in hand women. With 5 million hits, I’ll die. ”Appears on the Internet.

As the video’s number of views increases, his family tries to save him while wondering if they really know their husband, father, and boyfriend. 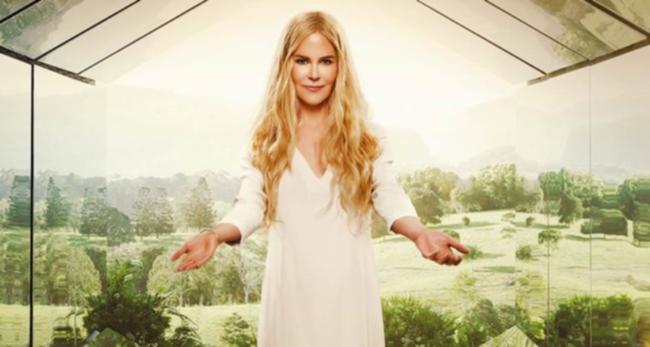 Big Little Lies fans will be amazed with the new Liane Moriarty adaptation from Amazon Prime Video, Nine Perfect Strangers, which will be released on Jan.

It plays our own Nicole Kidman as Masha Dmitrichenko, the host of the health and wellness resort Tranquillum House. When nine townspeople arrive for a 10-day retreat, they quickly discover that the retreat isn’t exactly what it appears and begin unraveling the resort’s many secrets – and mishas.

Murders in the Building Only (Disney Plus) – Starting August 31

To prove that Disney Plus isn’t just superheroes and Star Wars, the comedic crime series Only Murders in the Building debuts on duty later this month, starring Selena Gomez, Steve Martin and Martin Short.

The trio plays three real criminal neighbors who band together after a murder in their New York apartment building. Together they conduct an in-depth investigation into the case (of course, they document everything in a podcast) as they try to find the killer they suspect lives among them.