Transparency rules in online political advertising: mapping law and politics around the world Online political advertising has received unprecedented attention in the run-up to the recent elections as online campaigns, often via social media, become an increasingly important part of political party strategies. Concerns about how exactly advertisements target certain categories of voters are rife around the world today, and various governments have grappled with the question of how to balance regulation of online political advertising with regulation of the offline world. Here researchers Carolina Menezes-Cwajg, Paddy Leerssen and Jef Ausloos from the University of Amsterdam provide insight into the results of a new report that shows the efforts to increase transparency in targeted political advertising in a number of countries.

In recent years there has been an explosion of government proposals to regulate political microtargeting. From Canada to Singapore, governments are trying to end the regulatory vacuum in this area. Many of these initiatives aim in particular to increase the transparency of the political orientation. Political microtargeting practices are currently kept secret and little information is available about the actors, means, messages and targeting techniques involved. Transparency is accordingly seen as a key condition for democratic control of these practices, without which further accountability may be difficult, if not impossible. Our new report Transparency Rules in Online Political Advertising: Mapping Global Law and Policy offers a first attempt to map this new wave of online transparency rules.

The report focuses on online transparency initiatives targeting advertising platforms related to elections. The first section begins with a geographical overview showing where and what initiatives have been proposed and implemented, examining work in Canada, France, Ireland, Singapore and the United States. Each initiative is discussed in terms of the disclosure content (what information must be disclosed?), The scope (by whom and under what conditions?) And the format (how must the information be disclosed?). The second section of the report then focuses on the United States, where state legislators have been particularly active in creating a plethora of new proposals.

The devil is in the details (or lack thereof)

The report shows a lot of legislative activity in the United States and Canada. It is noteworthy that the legislation in these countries is the most detailed compared to other legal systems. For example, the Honest Ads Act makes it clear that disclosure notices must contain “the name of the person who paid for the notice” and “provide means for the recipient of the notice to obtain the rest of the required information” and “with obtain or display with minimal effort and without additional material other than this required information “. By comparison, Singapore’s Code of Conduct for Online Political Advertising Transparency simply states that disclosure notices include” the name of the person or organization who paid for the advertisement ” and must be “readily available.” While the Singaporean Code only provides for “easy access” to communications, US law requires the disclosure notice to be displayed “clearly and prominently” and define what that would legally mean.

The Honest Ads Act further states that the requirement of “clear and conspicuous” is met in different ways depending on the type of communication. For example, if the statement is in “text or graphics”, it must “appear in letters at least as large as most of the text in the communication” and “in a printed box set apart from the rest of the content “. the communication; and printed with an appropriate color contrast between the background and the printed statement ”.

There are also clear differences in terms of content and formal requirements between jurisdictions with very detailed laws. Washington state legislative changes merely stipulate that records must be displayed in a format that is “readable during normal business hours during the campaign” and describes how those records are to be made available. Records must either be indicated by a “conspicuous button, icon, tab or hyperlink” with the text “Show ads” or similarly worded text. The law then further specifies where they must be on the online platform in order to ensure better visibility for the public.

It will be interesting to see how these different levels of detail will affect transparency in practice, especially given the multinational dimension of most of these platforms. Other experiences in platform regulation warn that platforms can undermine the effective enjoyment of user rights through their surface design. For example, the design of Facebook’s mandatory complaint form under the German Network Enforcement Act (or “NetzDG”) has undermined the effects of that law by making it difficult for users to access. Similarly, online services continue to find new and creative ways to tweak their cookie consent notices and guide users to their preferred results. Will general policy microtargeting transparency rules lead to similar struggles? Will open standards such as “accessibility” or “visibility” be sufficient or are more detailed specifications required?

Another interesting outcome of the mapping exercise was the plethora of state-level initiatives in the US that reflect growing political pressures to regulate online political advertising. A total of nine initiatives in eight states were found and reviewed. Another interesting discovery was that most of the state-level proposals have already been passed into law, which is in sharp contrast to the national-level movement in the US, where none of three pending bills (Filter Bubble Transparency Act, Honest Ads Act, and Voter Privacy Act) ) was adopted. This reflects the lack of meaningful cross-party collaboration within the US federal legislature and the disinterest of the current federal administration in regulating political microtargeting. It remains to be seen whether these existing bills will become law at the national level. Much apparently depends on the upcoming elections in November.

A light at the end of the tunnel?

The step towards regulating political microtargeting is still in its infancy. Most jurisdictions around the world do not have a relevant policy. Of the most detailed proposals we identified at the national level, only Canada’s Electoral Modernization Act was passed. 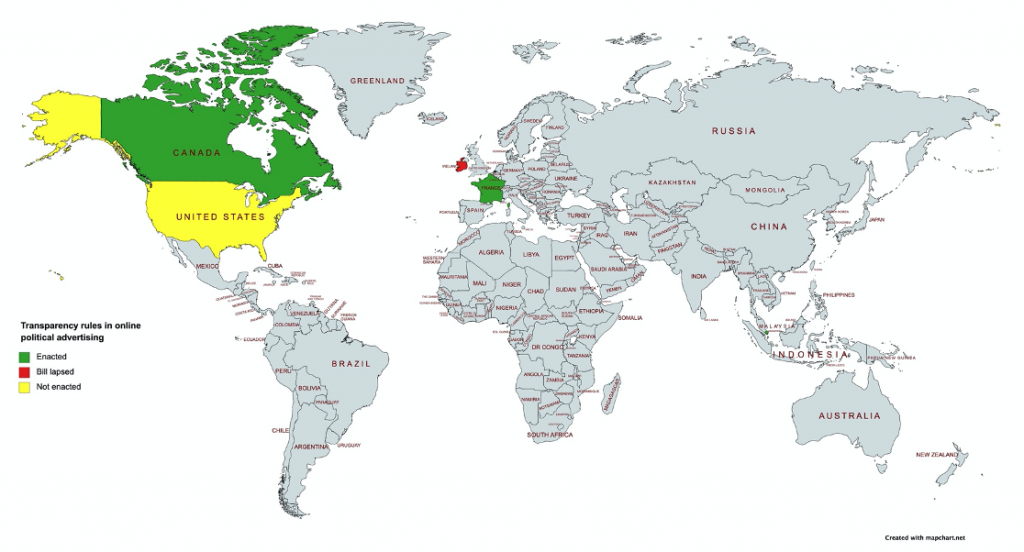 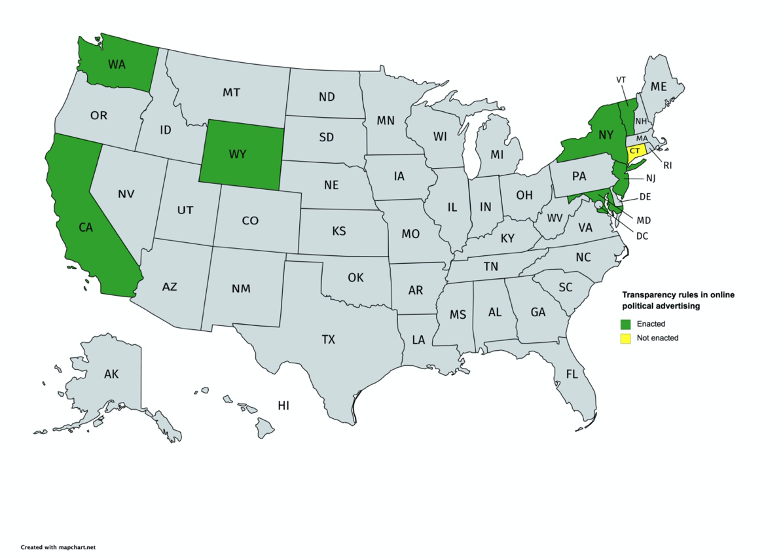 Further research into these new laws is urgently needed. How will online services comply with these transparency rules? And how does this transparency actually affect users and societies? A critical approach is needed to ensure that transparency rules are effectively implemented and, most importantly, do not crowd out more direct regulation on issues such as election funding and personalization. We hope that our report provides a starting point for further international and comparative research, analysis and debate in this new area of ​​regulation.

This article reflects the views of the authors and does not represent the position of the Media @ LSE blog or the London School of Economics and Political Science.

Tags:
Previous Article
Super Bowl 2021 Commercials: Here are the ads that were leaked
Next Article
Beyond the meme: Finances are seriously going viral

Beyond the meme: Finances are seriously going viral
admin July 29, 2021