The state of Illinois plans to start teaching media literacy in high schools in the fall of 2022.

Illinois State University’s School of Communication faculty will closely monitor what the State Board of Education requires as part of a media literacy curriculum.

Steve Hunt from the ISU School of Communication.

Carpenter said in a Sound Ideas interview that there are two recent examples of disinformation: Russian meddling in the 2016 US presidential election and the coronavirus pandemic. Carpenter said media literacy classes need to break down how disinformation can spread on social media.

“There is use that goes unchecked, or there is use that can be controlled or manipulated so that people are just not ready to acknowledge or accept that they are part of a bigger problem,” Carpenter said.

“We are now at a time when we may face one of the greatest threats to our democracy. We had a riot on January 6th in the Capitol and much of that behavior was based on misinformation, misinformation, “he said.” This is a very dangerous time.

Hunt calls this a Post-Truth Era where a lack of critical thinking makes the public more likely to buy false or misleading information.

“We are in an environment where the truth is based on what an individual wants to perceive, and there are many reasons he is motivated to say so,” said Hunt. “Politicians know that and they know what buttons to push to make it easier.” 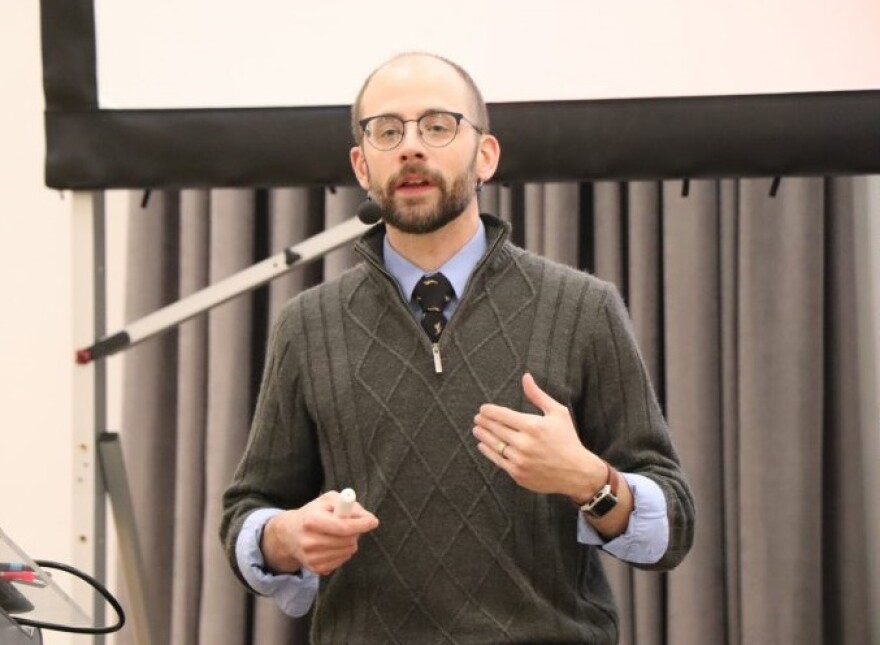 Carpenter said that traditional media has long been perceived as having certain ideological biases, but he said that most of the disinformation and bias in the media lately has come from sources on the ideological right.

“What we have seen is a break with the reality of the far right and that this ecosystem is a separate ecosystem that we could consider mainstream. This is particularly worrying, “said Carpenter.

Hunt cautioned against any media literacy curriculum that reduces conversation to simply following certain news sources to others.

“That assumes that if we get them out of their (information) bubbles and give them the right information, everything would be fine and we know that is not true,” said Hunt.

Hunt said the key to dispelling misinformation is helping students and the public think critically.

Carpenter said most media outlets have reporters eager to cover the facts, but students need to have a better understanding of what he calls “networks of influence,” which can quickly spread and distort coverage, even when it comes from reputable sources.

Hunt added that too often journalists perpetuate misinformation by using a two-way approach to reporting.

“The problem with this from a persuasive and argumentative point of view is that you are presenting multiple pages without then attacking the destruction of the page that is not so legitimate, that is not so based on the truth, which the person consuming it leaves up to Impression that all of these perspectives are the same and valid, ”said Hunt.

For disclosure purposes, WGLT is under the supervision of Hunt in his role as managing director of the ISU School of Communication.

Thursday on Sound Ideas: A Unit 5 teacher explains what he would like to see in a media literacy curriculum.

Tags:
Previous Article
Media literacy won’t save us (but we can improve it) (opinion)
Next Article
Pritzker signs law to include media literacy in the curriculum Pritzker signs law to include media literacy in the curriculum
admin July 21, 2021