The University of Hawaii is the target of a fake news article making the rounds on social media, and UH experts say there are many lessons to be learned. 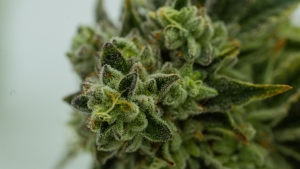 The article, which was first published in 2015 and recently went viral, claims that UH astrophysicists discovered tetrahydrocannabinol (THC) on a meteorite found in the Nevada desert in 2010. THC is a chemical found in marijuana. The article contains false quotes from a fictional astrophysicist who never worked at UH.

After the story was shared a thousand times on social media, USA Today reached out to UH to confirm whether the astrophysicist actually worked at the university and debunked the original story in a recent post.

associate professor Colin Moore, Director of the UH Mānoa Public Policy Center and chairman of the School of Communications at the College of Social Sciences, said the spread of “fake news” posed two major problems.

“The first, and most dangerous, is that it decreases trust in all sources of information, which can result in people consuming less news overall,” said Moore. “That leads to the second problem. As people are less willing to consume news from a variety of sources, they may only pay attention to sources that confirm their pre-existing beliefs, which adds to further political polarization. “

Assistant Professor at the School of Communications Julien Gorbach published an article in American Journalism in 2018 entitled “Not Your Grandpa’s Hoax: A Comparative History of Fake News”. In it, he recalls how the term “fake news” gained importance in the 2016 presidential election. However, Gorbach said that “fake news” has been around for several decades, with different motivations for these stories.

“There are fake stories or fake stories that are made for fun or satirical reasons. There is often strong motivation for profit – if you can bring in the right kind of fake news story, it will go viral. It can even go viral before the internet – you just have everyone rushing to the kiosks, ”said Gorbach. “There are things that are done for a profit that are deliberately misleading, and then there are other agendas, including political agendas or ideological agendas.”

Responsibility for filtering out false stories

Moore said that while tech companies like Facebook have a huge responsibility for filtering out “fake news,” readers are also responsible for deciphering credible information.

What the internet did was put responsibility for this gatekeeping on every single consumer.
—Julien Gorbach, Assistant Professor UH Mānoa

“There are ways to automate this process and flag stories that are known to be wrong. Crowdsourcing to uncover fake stories can also help. Ultimately, more and more businesses and educational institutions will have to devote resources to finding and removing these stories, ”said Moore. “People shouldn’t be afraid to post fake news on their social media feeds. We also need to find more ways to support real journalism. One of the best ways to combat fake news is to build larger audiences for quality news agencies. “

Gorbach added, “With stories like this, many of them highlight the idea that with the internet, gatekeepers have disappeared. Before the Internet, most people got their information through newspapers, books, or the radio networks, so there were all these doormen from editors, book publishers, and broadcasters who they thought were filtering out legitimate information. What the internet did was make every single consumer accountable for this gatekeeping. “

“It is a major challenge because with the advancement of technology and the increasing divisions and toxicity of our policies, the tactics of disinformation are advancing faster than our ability to teach them how to dismantle them,” said Gorbach.

Gorbach said the faculty emphasized two methods of fact-checking. The first is a checklist of criteria news consumers can use to evaluate sources within a given story. These criteria are abbreviated with the acronym “IM VAIN”. The questions are: Are the sources in the story independent? several? verified? authoritarian? informed? and named? The second is “lateral reading” described by Moore.

“The easiest way to avoid this is to check your sources,” said Moore. “Unless there are other credible news sites telling a similar story, you should be skeptical. Readers can also research the news agency and author. It is important to know who is funding the news site and what other articles the author wrote. The layout of the news website can also provide clues. If it is full of sensational headlines, grammatical errors and general images, I would be very careful. “

This work is an example of the goal of UH Mānoa’s research excellence: Advancing the Research and Creative Work Enterprise (PDF), one of four objectives set out in the Strategic Plan 2015–25 (PDF), updated December 2020.

Joe Rogan mocked for ranting about fake news story on Spotify podcast – and then realizing it’s fake
admin May 18, 2022