Media literacy: an antidote to misinformation

After attending rallies and protests against Black Lives Matter in August, some of Virginia Boyle’s students joined her class at Dr. Pedro Albizu Campos Puerto Rican High School and said they heard BLM supported Chicago looting and was that true?

“We were able to sort that out,” says Boyle, who teaches English and media literacy at the alternative school. Using newspapers, news broadcasts, and the BLM Chicago website, she had students search for answers to questions about the organization of BLM Chicago, what was on its platform, and their thoughts on the movement. “I think media literacy is the most pressing skill students need right now,” she said.

Your students revealed the truth in a television interview. The President of BLM Chicago stated that while one member had expressed personal support for looters in Chicago, BLM did not endorse criminal behavior. “You were relieved,” said Boyle.

It was a teachable moment in a year when there were many of them – wacky conspiracy theories, unfounded rumors of rampant election fraud, and so much disinformation about COVID-19 that health experts say we have an infodemic about the pandemic. While the aftermath of these things continues, the Illinois General Assembly and US Congress will consider measures to promote media literacy in schools this year.

While many schools and educators across America teach media literacy in different ways, few schools have a formal curriculum or requirement. “As always, we are more slowly adjusting our educational standards to the very rapid changes we are seeing in our social world, which is natural,” said Jonah S. Rubin, assistant professor of anthropology at Knox College in Galesburg.

Literacy in schools is no longer just a matter of reading and writing. “I think people too often push media literacy into research. It’s not that. Especially in distance learning, it’s embedded in literally everything a student does, ”said Earliana McLaurin, educational technology coordinator at Oak Park and River Forest High School. Since 97 percent of McLaurin students own smartphones, like most Americans, they are overwhelmed with media on a daily basis. Both inside and outside the classroom, students consume information and produce projects in any medium, from video to audio to writing. Students need to do more than just detect suspicion, although this skill is seen as a starting point. 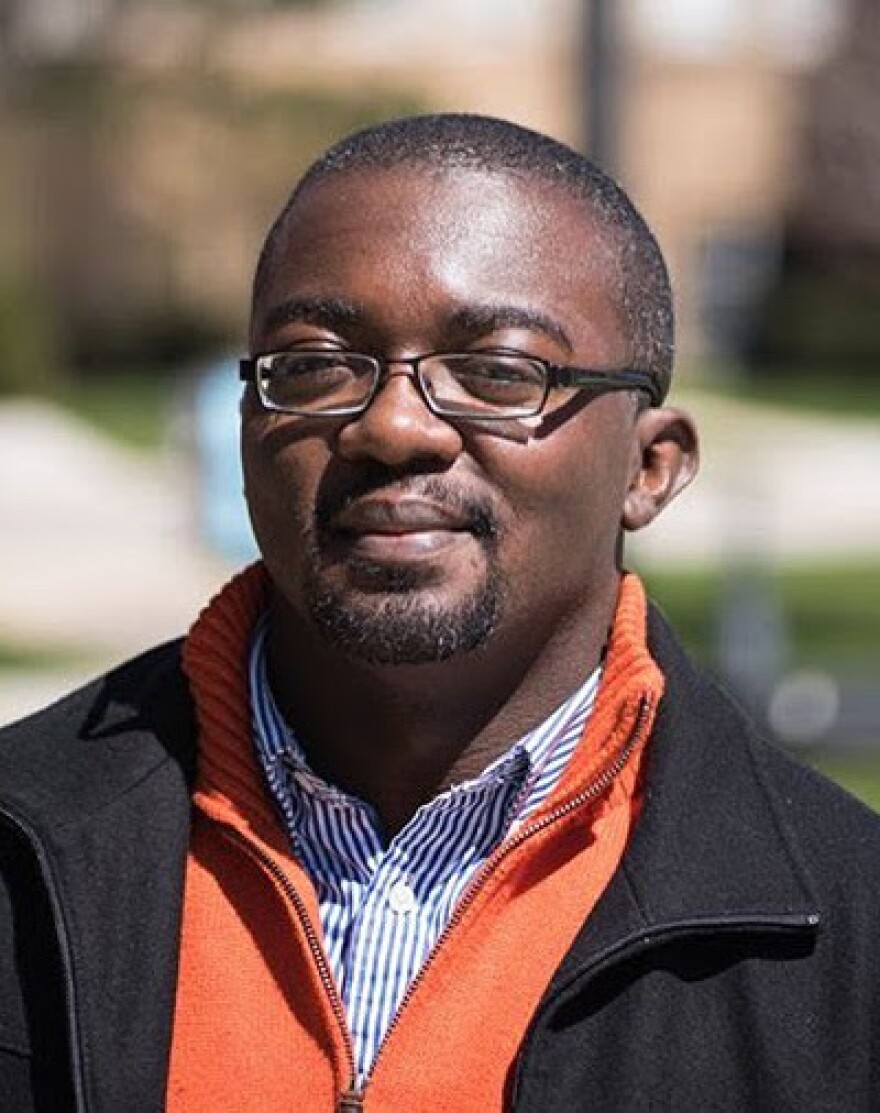 Michael Spikes is a media literacy specialist at Northwestern University.

Think of all of the content we wade through as an information ecosystem that is unique to each of us, said Michael Spikes, a doctoral student at Northwestern University and a media literacy expert. Some ecosystems only include social media, while others contain a mix of information from a variety of platforms such as news broadcasts, blogs, podcasts, and videos. “We have never lived in a time when we have so much access to so much information and it almost seems like we are the least informed,” said Spikes.

It’s important to challenge our ecosystem, he said. “Depending on what a person’s ecosystem is like, it could contain a number of pollutants,” said Spikes, who worked with teachers on the media literacy curriculum. He urges educators not to cling to the ever-changing platforms of their students. Rather, they are designed to teach students to evaluate information and stay curious. For example, information that induces a strong sense of fear or anger deserves closer scrutiny as it may be aimed at manipulating people’s feelings.

Spikes likes New York’s Stony Brook Center for News Literacy’s VIA (Verification, Independent, Accountable) model for determining whether content can be labeled journalism. When a point of sale verifies facts with a second source that is independent of the first; is independent of external control or influence; and is accountable in working to ensure that the information he shares is true, to the point of transparency when mistakes are made – then it is journalism. Otherwise, the point of sale produces some other form of content such as entertainment or promotional material.

But journalistic media also produce commentary and entertainment, which sometimes makes it difficult to distinguish these articles from pure news. The Chicago Tribune recently relocated its columnists to a separate section of the newspaper from the news in order to better differentiate between the two. People can also turn to outlets like AP News and Snopes.com for fact-checking.

Aside from challenging our ecosystem, we need to be aware of how we are hindering our own way of being well informed because of the way we consume and evaluate information.

In the best of circumstances, people are naturally drawn to their core beliefs and twist information to agree with those beliefs, said David N. Rapp, professor of psychology and learning sciences at Northwestern University. For example, if people think that the government is corrupt, they are more likely to believe that there could be widespread electoral fraud. Our brains also give more weight to information the more often we see it, the more effort other people put into giving us information, and the more we believe that something is already true.

If we see falsehood in multiple places, even if we know it is wrong, the more often we see it, the more often our brains will make us pause about it. After hearing messages from a friend, seeing them on social media, and then talking about them from a commenter, we may think the falsehood must be true. While groups like conspiracy theorists go to great lengths to prove a point, we think that all of those efforts must have uncovered some facts. Then we are not skeptical of the things we think we know. All of these mistakes are part of being human, said Rapp.

Add to this stressors, worries about our lives, the feeling of being in danger, and we don’t have the ability to analyze information as carefully as we normally would. “That’s definitely a factor in making it more likely that people will fall victim to fake news,” said Rapp. During these times, not only are we more likely to be deceived, but shameful groups often take advantage of us and feed us misinformation when we are most likely to believe it. Think of all the myths that go around about the COVID-19 vaccine, and one even says that we are all implanted with microchip surveillance technology. Some are outrageous, but other manipulations are more subtle. A social media post may look like a legitimate news article, but it is a side effect of a vaccine. We know vaccines have side effects, and we may be concerned about the safety of the vaccine. Suddenly it doesn’t seem too unlikely that the message could be true, and we don’t think about checking it out. In this case, the consumer is manipulated by the news source and his or her own thoughts. People need to be aware of both their information ecosystems and their own disposition.

At Oak Park and River Forest High School, history and English teachers and librarians address media literacy by encouraging students to explore different viewpoints, teaching them reliable sources, and getting students to think about how to become responsible digital citizens could be. One exercise shows social media posts from everyday people, celebrities, and even presidents to make it clear that just because someone is posting something isn’t true.

Matt McMurray, an educational technology teacher at OPRF who previously taught history and civics, knows that students who say “I heard this” think the information they are about to share is correct. He found that students often place equal weight on sources with very different references, such as a news clip and a Twitter video. What worries him most is the often casual acceptance of information. “This year has done a lot to uncover the extent of the information and assessment crisis we are having,” he said. “Schoolchildren are not yet able to handle much of it, and neither are many adults.”

Experts say it is important to not only teach students to evaluate the information they have consumed and their prejudices, but also to help them see how they shape their beliefs and how they think about the world and how they then deal with it. “We shouldn’t underestimate the emotional and political sophistication of our young people. They are deeply and critically involved in the world we live in in all kinds of creative ways, ”said Rubin, who studies media literacy at Knox College and how it shapes young people.

He believes media literacy should be taught in all subjects so that students learn to use media in science, health, politics and other fields. For example, teaching students how scientists review their results can help understand why a vaccine could be important in fighting a pandemic. Rubin said, “Our media literacy education really needs to be a cross-curriculum effort focused on empowering students to shape themselves as effective citizens who are able to participate in public spaces and who help us face all of the huge challenges to solve that we are facing. “

Opinion: Media literacy is the antidote to this infodemy
admin September 25, 2021

Media literacy is the antidote to this infodemia
admin September 23, 2021

Opinion: Media literacy is the antidote to this infodemy

Media literacy is the antidote to this infodemia