Bringing media literacy to the masses and the state house As partisanship continues to create a deep ideological divide in the United States, an informed population may be the only way to bridge the gap. According to the politically neutral non-profit organization Media Literacy Now (MLN), the idea of ​​media literacy education is critical because “… children live in a world of powerful 24/7 media …[along with] the time children and adolescents spend with media has increased dramatically over the past decade. ”According to the basic principles of media literacy education,“ the purpose of media literacy education is to help people of all ages develop the habits of research and expression, who need them to be critical thinkers, effective communicators, and active citizens in today’s world. ”

Jaclyn Kahn Siegel, of Hicksville, is the MLN New York Chapter Leader, and as a teacher in a private school, she sees firsthand the importance of teaching students how to deal through a prism of critical thinking and critical thinking with messages bombarding them Bypass evaluating.
“Media literacy can help anyone, especially high school students, to analyze and determine what resources in the media they read and what information comes out of it,” said Kahn Siegel. “And to see if it’s correct, biased, wrong, or 100 percent wrong, like The Onion. It’s also about accessing, analyzing and creating the media. An organization like the National Association for Media Literacy Education (NAMLE) became [talking about understanding the effects of the media] since 1997 but I feel like a lot of people have been more aware of them since 2016 because that presidential election sparked all this need for media literacy and the realization that a lot of people are promoting it [media literacy] for a very long time. “

Founded in 2013 by Erin McNeill, MLN built on McNeill’s significant success in introducing a bill to introduce media literacy education in Massachusetts schools in March 2011 to the public education system that ensures all students learn the reading and writing skills of the 21st century, they need for health, wellbeing, economic participation and citizenship. Kahn Siegel came to MLN through NAMLE, “… a professional association for educators, academics, activists and students with a passion for helping people of all ages develop the exploratory and expressive habits they need to be critical thinkers. effective communicators and active citizens in today’s world. “

A key cornerstone of media literacy is to reinvigorate the importance of civics education. Kahn Siegel admits this can be a potentially sensitive issue in these divided times.
“In my opinion, civics education is what citizens, or anyone who lives in the country, need to know – their rights and obligations to society,” she said. “This also includes the political aspect, and I just think there are such partisans” [leanings] that when you bring up a topic, it raises red flags when you talk about certain topics? But it is also about the students not only learning something, but also making them active citizens. “

From a legislative point of view, the codification of the teaching of media literacy in school districts is currently being tackled in Albany. Below is a trio of bills introduced by MP Linda B. Rosenthal (D / WF-Manhattan) and supported by a number of her democratic colleagues. No Republicans have signed up as co-sponsors as of press time.

A6142
instructs the education officer to appoint a media literacy advisory group to identify best practice and recommend appropriate action at the state and district levels; requires such a group to interview all school districts to see if media literacy is already being taught

There are currently three media literacy bills pending in the New York State Assembly, introduced by Linda B. Rosenthal (D / WF-Manhattan), which aim to “become more media literate for all students in New York State with the help of teachers and school library media”; empower and train youth with the tools and resources they need to function as thoughtful and productive members of society. ”One of the suggestions is to ensure that each school has a library media specialist on staff. All teachers and media specialists in libraries would have to undergo training in media literacy. The third bill focuses on interviewing schools to see if media literacy is being taught and how effective it can be or not. 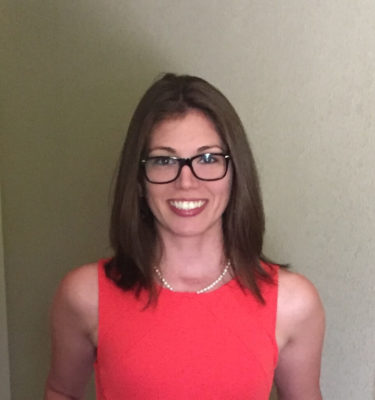 Kahn Siegel emphasizes that there are currently no republican co-sponsors behind a fundamentally apolitical topic.
“I think one of the thoughts that went into this matter that is worth paying close attention to is this [media literacy] should be absolutely impartial, ”she said. “Because it’s all about our students learning and making sure there are people in the building who can convey this important instruction. It’s also about making sure they are always learning because it’s not one with educators. You went to school and that was it. I think it’s about having more educators in the building which I don’t think is bad. And then to let them educate themselves so that they can teach the children. “

Meg Cabot and Alexandra Monir Look Back on Bringing Black Canary to the World of YA
admin May 9, 2022

Bringing media literacy to the masses and to the state house
admin August 10, 2021

Bringing media literacy to the masses and to the state house